You can catch the full teaser trailer in theaters with THE HUNGERGAMES, and then online on Monday 3/26 at 6am ET! See the above sneak peek tease still on facebook

After numerous sightings in Paris, the couple were spotted at the Roissy Airport. 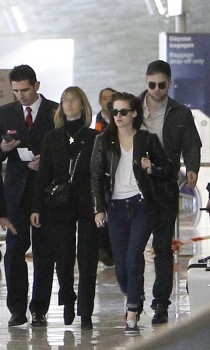 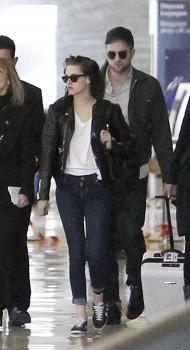 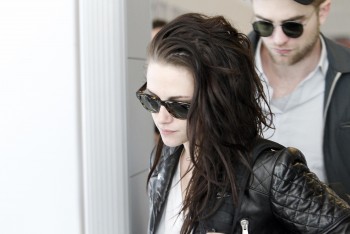 A 10 seconds teaser (of the trailer) of Breaking Dawn Part 2 will be online March 20th on the French facebook page. The whole trailer will be available March 26th!

The trailer will also debut March 23rd with 'The Hunger Games'

Also in attendance was Rob Great video interview from Chicaco Mall Tour Stop Via Mockingjay.net
Posted by Mandy's Mind at 9:36 AM No comments:

Jessica Lange, Sarah Paulson and Zachary Quinto will return to American Horror Story Season 2, but playing absolutely new characters. "Every season is a new haunting, There are so many great genres subsets of horror and there's only one rule for the show: no werewolves, no vampires" says Ryan Murphy, executive producer. They will start filming this July and begin airing this October. I have to say, as a fan, I hope that there is some cross-over at some point if the show continues so that the stories intertwine or meet-up in some way... who knows. I am disappointed we won't get more from the first season. But Ryan Murphy has been annoying me lately, especially with Glee. Just me? [Source]
Posted by Mandy's Mind at 9:51 AM 1 comment:

The rumours of Snooki being pregnant have been confirmed by Snooki... really?

I secretly hoped she would quit drinking and end up with Vinnie....