Let me know if I missed any or made any mistakes....

"Where I Come From" - Passion Pit

Bella sees herself in the mirror when she finishes her transformation


"Everything and Nothing" - The Boom Circuits


"Cover Your Tracks" - A Boy and His Kite

Bella and Edward tour the cottage

"Fire in the Water" - Feist

Edward & Bella in cottage, he offers to run her a bath, she finds Alice's note in the book

Bella driving home from Seattle, realizing she may lose Renesme

Bella and Edward in the meadow and 1st song in credits

"All I've Ever Needed" - Paul McDonald and Nikki Reed

"New for You" - Reeve Carney

Throughout the entire movie

2. "A World Bright and Buzzing"

19. "At Bedtime a Child Asks About Death"

I refused to post spoilers until after opening weekend. If you have not seen the film yet DO NOT READ ON!!!!

I am not kidding, you must experience this movie without spoilers to fully appreciate the journey!

That being said, if you HAVE seen the movie, feel free to click to read more....

I mean by now most people have seen the movie, lived through the "twist" and.... were you believing?

I even said, while sobbing, "this must be a vision" and "the amazon is making them see this" but somehow, believed it was happening... Stephenie Meyer produced, she approved it and she wanted it to end with a bang..... boy did it ever!

I saw the movie again today with my husband and daughter, both who, like me, believed this was actually happening... I can never take back the vision of Carlisle's head... ever...

I have to say, I loved the movie, best one yet. Not only the homage to past movies through Bella "letting Edward in" or the credits that recognized everyone involved in all of these movies, but the fight scene.

When I read Breaking Dawn, I have to admit, I didn't love it. I really hated that when the Volturi and Cullens and witnesses all got together, the half vampire child came with Alice and Jasper and everyone just agreed to disagree... "my bad, as you were" BORING!!!

Even in Harry Potter, some of our beloved characters died! And I kind of wished there had been some bloodshed in Breaking Dawn.

When they cast all the new covens, I guessed that it was so they could kill them off and create the action and battle required in a movie, without breaking fans hearts quite as bad, sinve they weren't covens or characters we loved so dearly from the books.

Never did I imagine such an epic battle, what an emotional rollercoaster!

More on that in a moment, let's start from the start.....

I had seen the opening 10 minutes or so from Comic-Con. I loved seeing Bella-Vampire hunt, it was so epic. I mean the speed, the strength, the interactions with Edward and finally when she saves a deer to feed on the mountain lion? awesomeness!

PG-13, you have done me right ;) I thought it was a perfect mix of romance and hot, steamy, love.... the banter after by the fire was sweet and the close-up skin shots were perfect.... yes!

I loved everything about this. From when she comments on his stank, to when she drags him out of the house to beat his ass for imprinting on her daughter and nicknaming her Nessie "after the Loch Ness Monster?" bahahaha perfect combination of emotion and humour throughout these scenes. I also have to say I loved Rosalie's facial expressions and comments when Jacob has to tell Bella about the imprinting and of course all the Cullen's, in particular Edward, when Bella is kicking Jacob's ass.

Amazing, as always, but this one was especially moving. I am creating the scene-by-scene list as always, stay tuned for link.

Less creepy than I thought. Knowing what Mackenzie Foy looks like made the CGI younger Renesme's a little strange, but not robotic strange, thankfully. The distance between the eyes was a bit distracting, but it worked out ok. I really loved the flashforward of Alice's vision to mom, dad, baby and wolf boy all teenagers hanging out. Made it a lot less creepy right? right?

Ok., some covens were awesome.... when Guri and Noel appeared I was giggling and when they spoke, I died. So funny! I really loved them, actually I loved Taylor's bug-eyed look and giggle as Jacob when talking to Bella in the car. "Dracula one and dracula two" bahahahah

Loved the Amazon ladies, having seen them in real life, they really are tall, strong women, perfect casting. I wish Erik Odom had more screen time, he is so awesome! I guess having met them at COmic-Con and then at Fan Camp I was disappointed at how little screen time and speaking lines most of them had.

I really loved Kate and Garrett together, and the camp fire when the vamps share war stories, too fun! Alistar was awesome and really, overall I thought they were all pretty amazing, if only we saw more of each of them.

Ok the big "twist" I mentioned it above a bit, but honestly, best ever! For all the reasons above, but also because it was just enough action to get even non-twi-fans into the movie. My husband loved it! One thing I did find out from awesome @Jaymes805 was that this whole "scene" was in the book, kind of:

"Alice gave Aro the excuse he needed to get out of the fight. If he hadn't been so terrified of Bella, he probably would have gone ahead with his original plan."

Now, not many of us would have read into that one sentence the twenty minute insanity that took place on screen.... I joked that the one sentence = 20 terrifying movie minutes, a xanax and a box of tissues.

Usually after a movie I do a review. I often do a spoiler FREE and a spoiler FULL review... this time - I simply can NOT!

The movie is amazing, I think the best of the series, which says a lot because I liked Eclipse best as far as the books go, and also as far as the movies went before.

The "twist" is indeed a twist. It is something different from the book and something the book was missing! If you have heard my rants about the problems with 'Breaking Dawn' as a book, then you can likely guess where I am going with this....

I URGE and BEG you to:

2. DO NOT READ SPOILERS, you need to just experience this blind

3. Bring tissues, and a lot of them, I mean a lot... I was ugly crying for at least the last half hour of the movie

I will probably wait at least until after the weekend to post my review, because I truly feel anything anyone says will spoil it for you and take away from the emotional journey this movie pulls you through.

I will add that at one point I screamed at the screen as I sobbed ugly loud tears "THIS MOVIE IS HORRRRIBLLLLEEEEEE, NOOOOoooooooo!!!!!!"

If I needed to describe it in one word: emotional.

That is all, I can't wait for you to all see this movie - Bill Condon is amazing! I am speechless and starting to tear up again in the airport just thinking about everything.

This was the after-party of all after-parties, with Twilight Saga scenes and memorabillia all over. While lot's of cast attended, often these parties are more for the suits and production people. I wish there was a fan party like this.... could you imagine? Live wolves, actual Bella's truck, the prom gazebo, a mock-meadow, this place was decked out! Luckily a few fans were in there too and tweeted some amazing photos of the awesomeness inside. 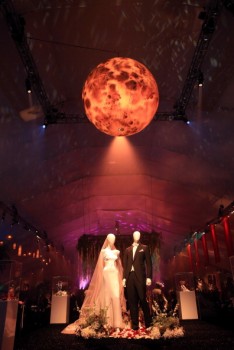 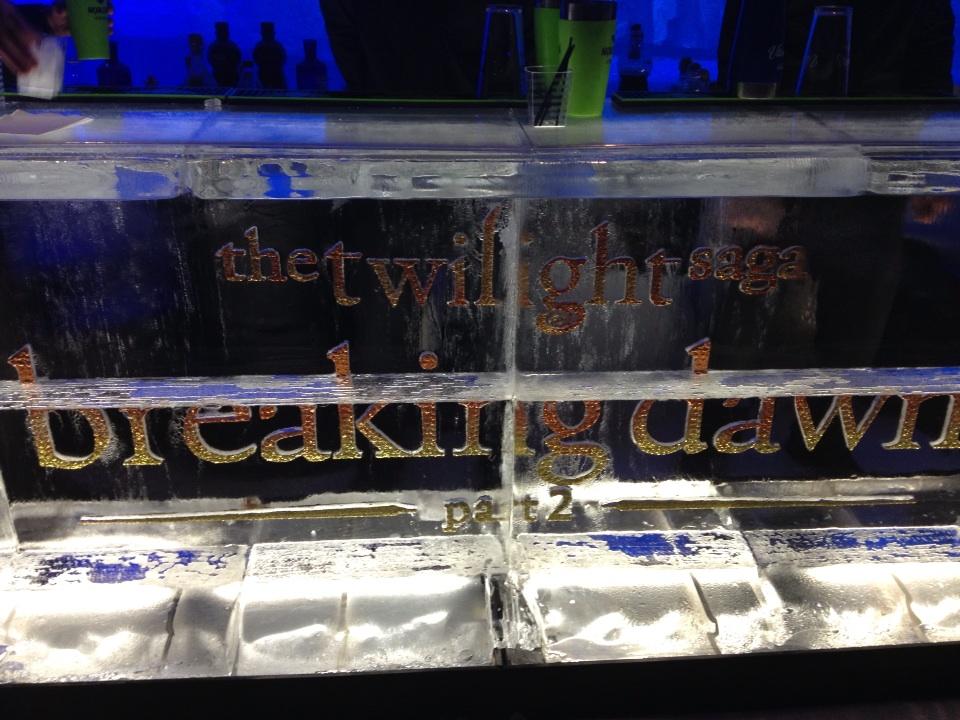 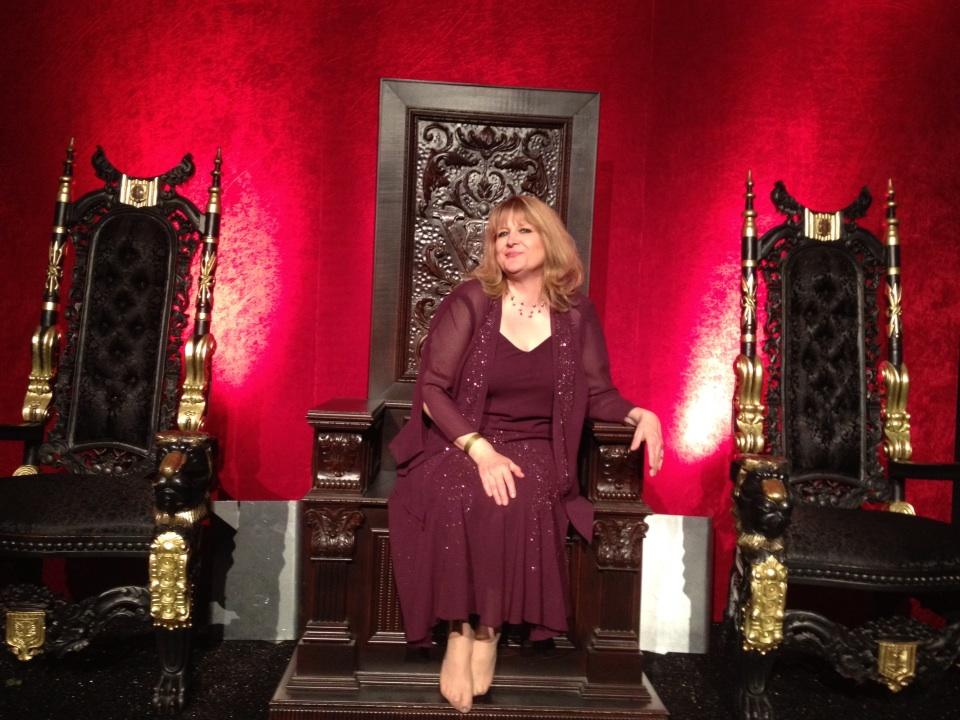 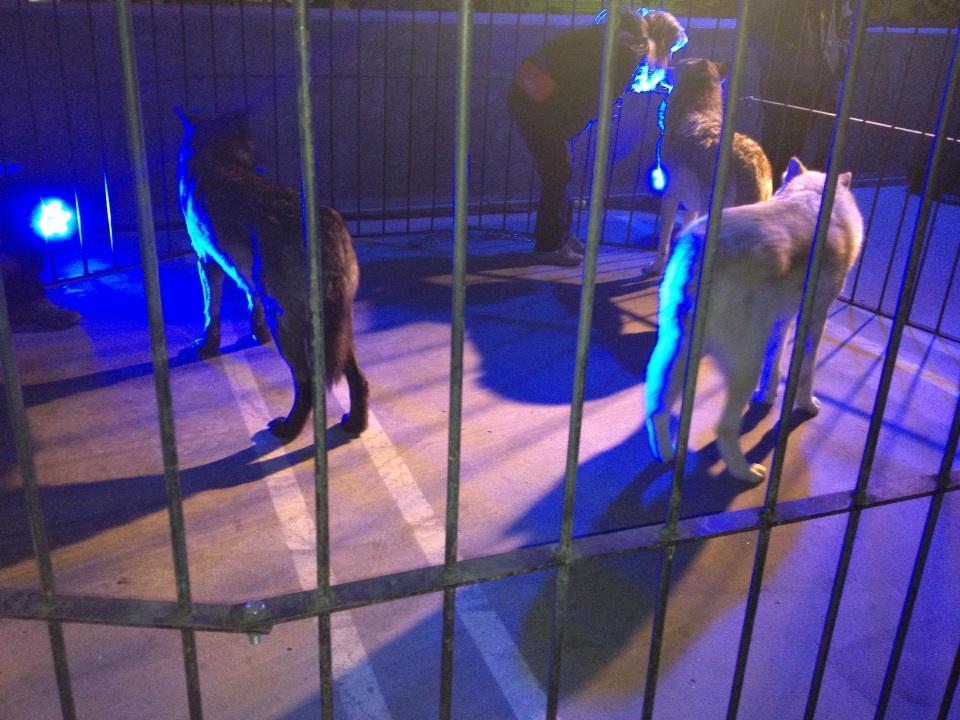 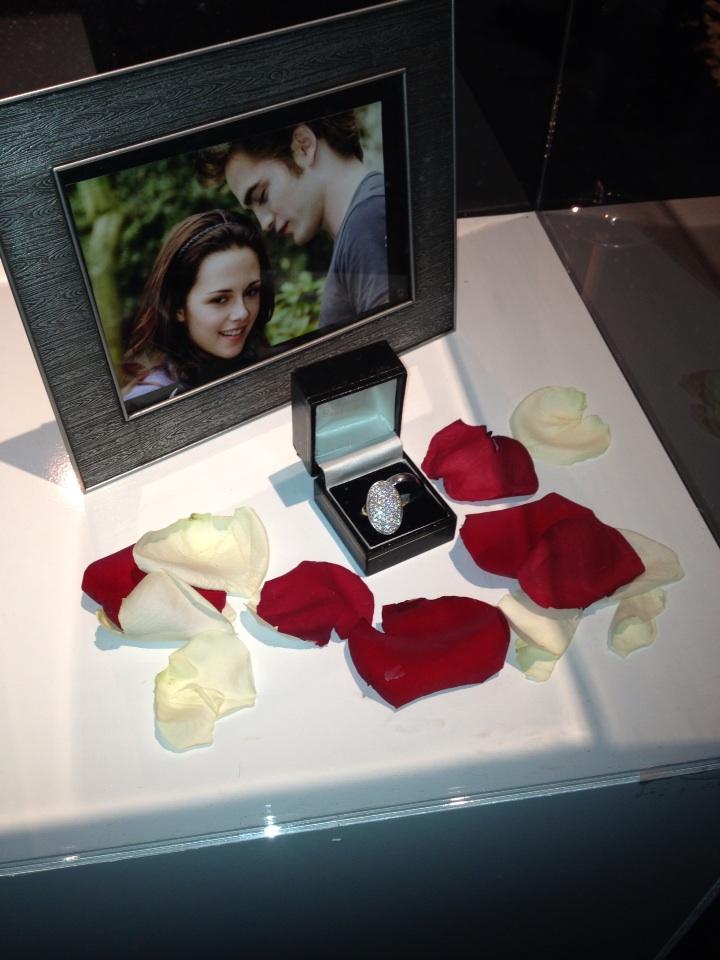 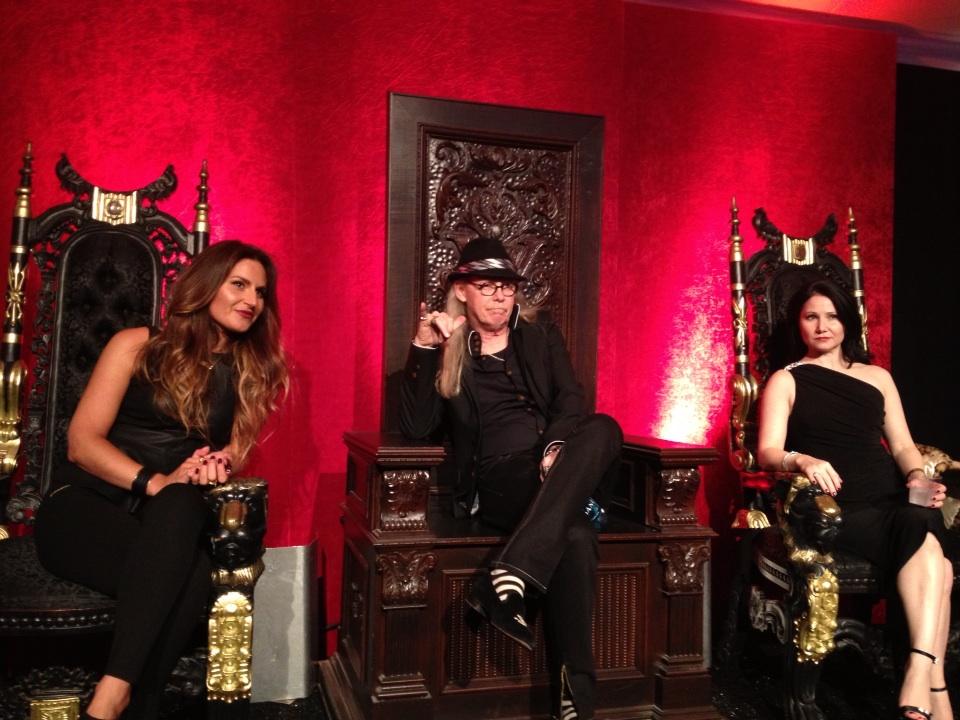 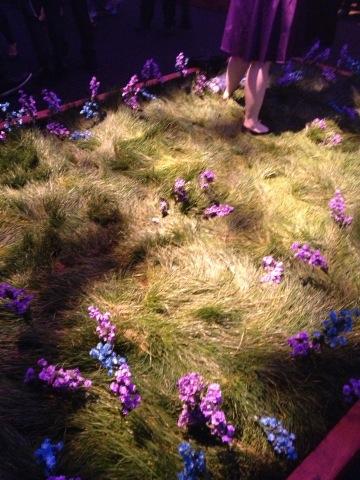 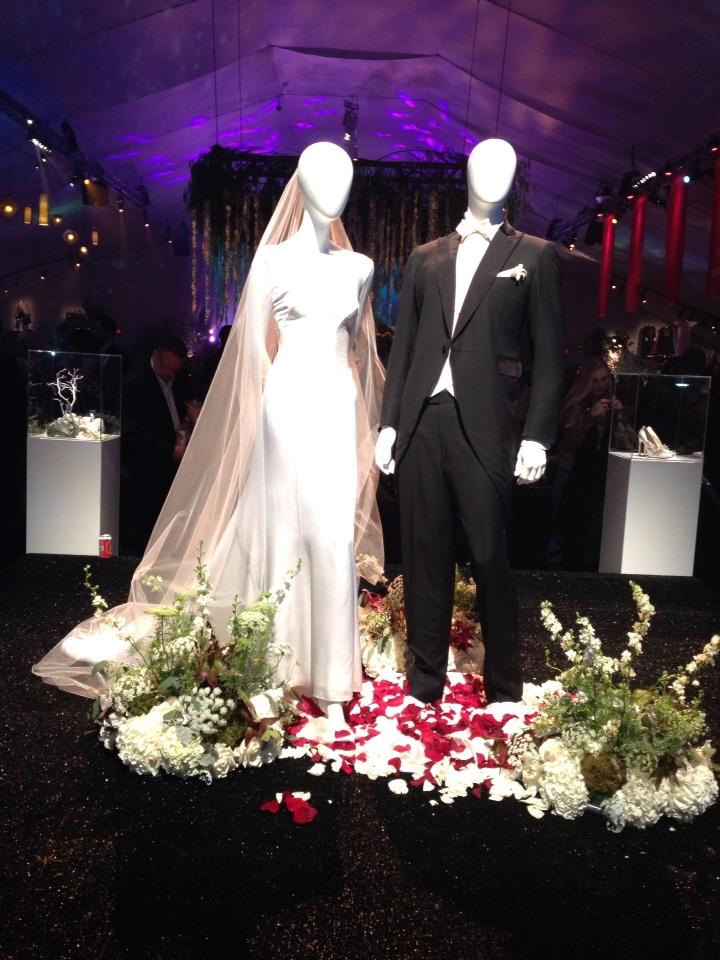 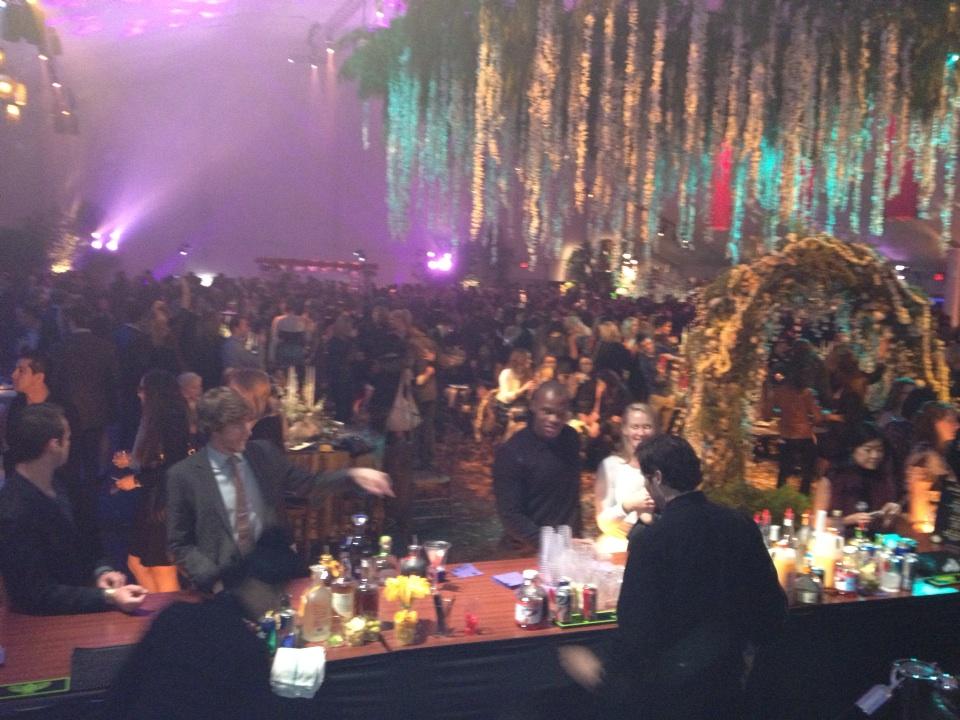 See more here and thanks @TwilightCougar1 for tweeting these amazing photos!

Cast and party atendees having fun:<p> 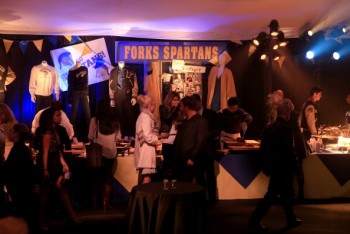 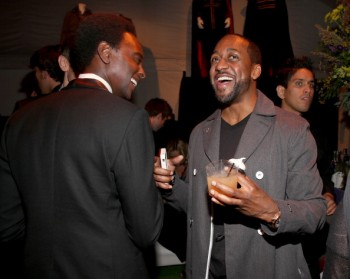 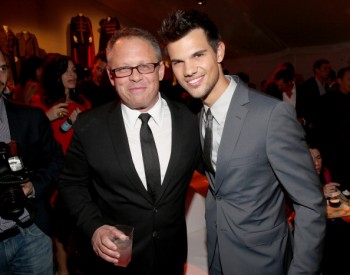 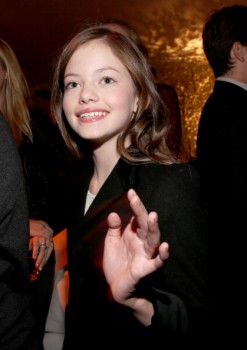 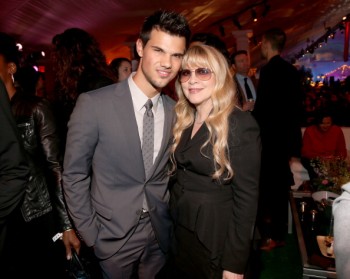 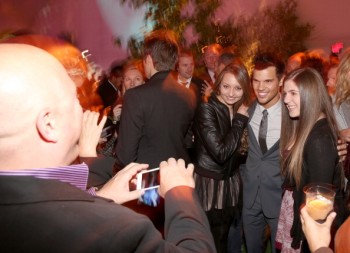 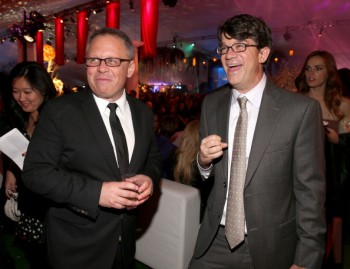 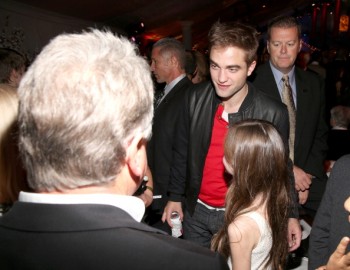 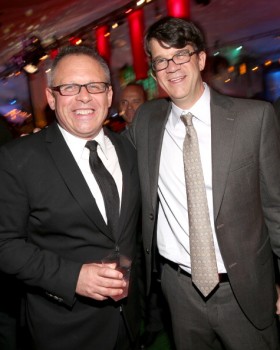