Congrats to winners of Abduction Poster

I have chosen two winners for the Abduction Poster Contest. Congrats to Blog Comment #13 - Barb Congrats to twitter RT @DangrDafne You both won a Taylor Lautner Abduction Poster. Please tweet or comment here with your address so I can send you posters! 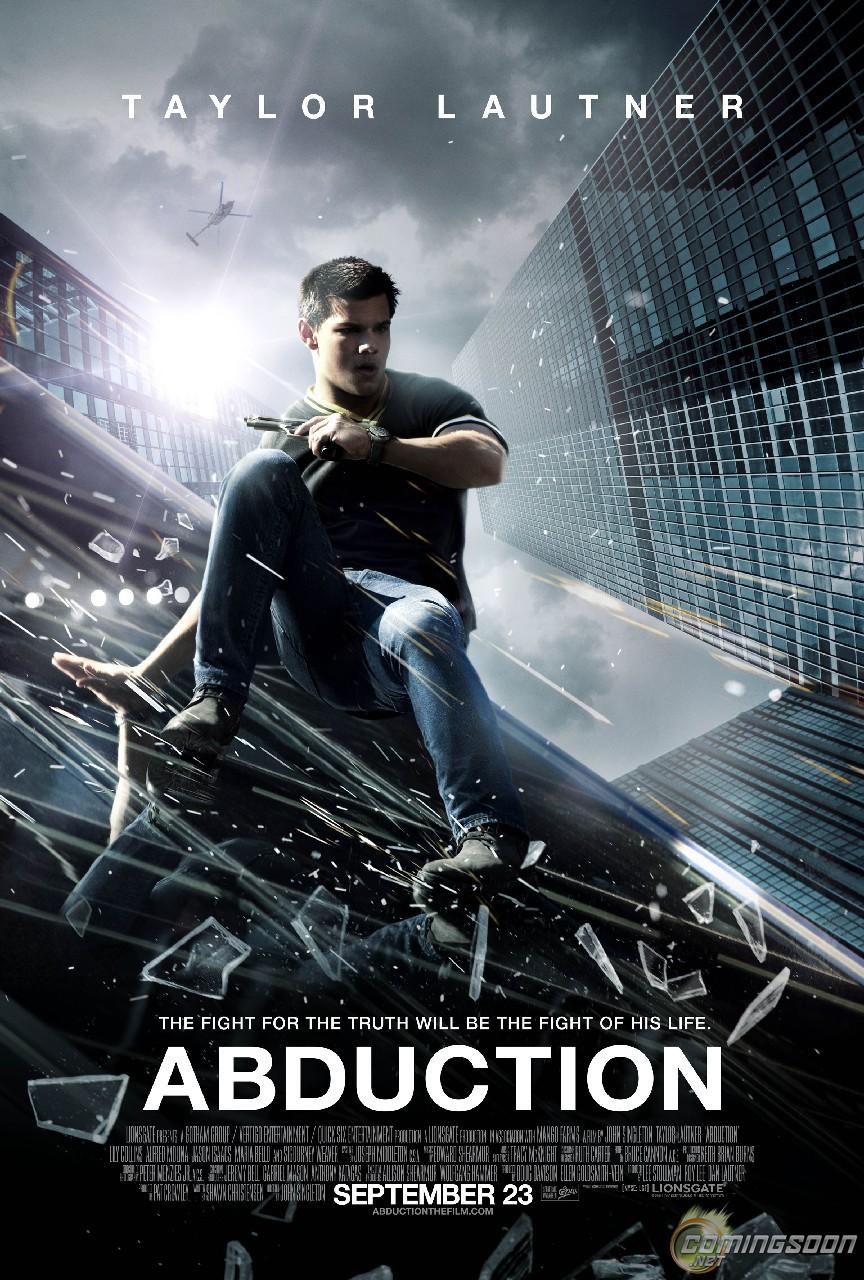 Thank-you to everyone who entered, next contest will be posted tomorrow. Stay Tuned Also I am deciding between Hunger Games and Breaking Dawn themed contests for upcoming weeks.... Stay Tuned! It is fun to give stuff away!

We got an exciting 15 second trailer teaser to prepare us for next week's release. Here it is:

Also here are some screen caps.

More at RP LIFE who has (no joke) every milli-second frame captured... HARDCORE!

PS - 1998 called Carlisle, and they want their hair-style back! 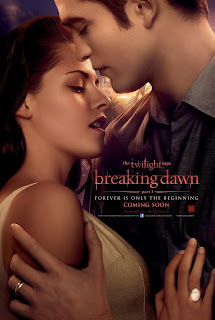 Tick Tock we are getting closer! If you want to know what happened read More...

Kalia was evicted - unsure if it was a tie and Rachel chose or if Adam and Jordan both voted her out. It was 1-1 but Rachel broke the tie to send Kalia out.

Adam is new HoH, Jordan was a close second (only one point behind) It was a true/false trivia based on the fortune teller lines and Adam got 6/6, Jordan 5/6 Porsche only 2-3

and then Thursday is the usual LIVE SHOW with another eviction giving us the Final 3 and probably the first part of the final HoH comp.

Also, they show Shelly arriving to the jury house where things are super uncomfortable.

Details via twitter, mostly @MissCleoBB13 who was at the live taping tonight!
Posted by Mandy's Mind at 7:31 PM No comments:

See article and scans at TwiFans.

Tonight's episode began with our Top 5, Tommy, Paul, Jennifer, Will and Elise, in their black chef coats. I still do not get how or why Elise is there except that she is drama.

The first challenge had them re-making ugly dishes such as meatloaf, lasagna, tuna casserole, eggplant parm and chicken and dumplings. They had to race around the resturant to grab the plate with the item named on it that they would like to make...

Five Special guest judges ranked them out of 10 each (50 total) on presentation and again (same ranking) on taste. Here is how it worked out:

I was pretty impressed with how his looked, nice colours, though the liquid was a turn-off he had floating onions like "lily pads" that actually did look "pretty"

I'd say epic fail on all fronts. He didn't want this dish, he got stuck with it, he used canned tuna which sealed his fate.

She opened by saying she hates lasanga - not exactly a great kick-off. It did look nice, but if I was making it, I would have done lasagna rolls, where you roll and fill a lasagna noodle, so pretty.

They went head to head with current guests and although both had issues in the kitchen 96 % of guests would return tot he current chefs kitchen vs 80% to past guests.

As a reward Ramsay did not send anyone home, even though Jennifer and Elise were the two at risk.

Jennifer alsoa dmited her crush on Paul, in case she was sent home she had to let him know - adorable!

Elise should have left - I despite her!

Tonight was the final performance show of the season.

This was energetic, hard hitting and fun. I really enjoyed watching it and thought it was a great start to the show.

This was a powerful piece about a chance encounter between past lovers who relive a moment. I thought it was moving and pretty. There was a near-miss on a lift that scared me but they recovered well.

This had some serious lifts, twists, spins and tricks. BOTH of them did some crazy flips and it ended with an amazing one-legged lift by Shane pulling Melissa over him, amazing!

Girls Routine
Mia Michaels
"What About Us" - ATB

This was, hands down, my most favourite routine of the season, and maybe ever. It was absolutely crazy-good. I will post it for everyone to see because it truly was THAT awesome!

Guys Routine
Melissa Williams
"We Will Rock You" - Queen

After the girl's routine this simply wasn't up to par. It was fun, the guys did lifts and tricks and moved well, but the girl's was just that much better! Christian really stood out fo rme in this routine.

Another amazing solo from Shane. I really find him the strongest of the male dancers.

She was amazing, so much power and energy, when she dances she commands attention. She has been consistently great this whole season and I will not be surprised if she wins.

Easily the most growth this season. Her solo showed such maturity and committment, I had goosebumps watching her dance.

For me the most improved male dancer. I am surprised he is still around over some of the other dancers, but he is holdinghis own and his solo was very good.

I often forget he is ballroom because he really does so well in every genre thrown at him. I appreciated his upbeat solo that was ballroom but very fluid and fun.

Jordan was my pick to win since auditions. I adore her and I will stick to my decision for her to win, her solo was amazing, her dancing all season has been consistently great.

This is tough. I am ultimately voicing my predictions for the win....

Since day ONE I have been a Jordan fan, and even though Melissa has quickly crept up on (and at times even surpassed) Jordan, I am going to stick with Jordan to win. Melissa a close second (or if I am wrong, Melissa will win and Jordan a close second) I guess there are two ways to do this - MY OPINION and what I THINK CANADA'S OPINION WILL BE....

WHY ARE THEY SO DIFFERENT?
Because, I think Canada, like USA SYTYCD, sometimes gets it wrong, or some dancers simply have more fan support for whatever reason. This is why the "winner" is called "favourite dancer" not "best dancer" at the end.

We often see the same fantastic dancers keep getting bottom 3, while some less talented dancers stick around week after week. Every season of every SYTYCD it happens. Of course, we all have different opinions on what we like, but that is how it goes.

For example, I think Joey should be in the finale, within Top 3 to be honest, but he is gone. I also thought Denitsa stuck around way too long. I could go on, but I won't.

For the Comments....
Give me your Power Rankings, Also comment on any past results, who should have gone sooner or stayed longer?

Email ThisBlogThis!Share to TwitterShare to FacebookShare to Pinterest
Labels: opinion, power rankings, reality tv, so you think you can dance canada, sytycd

I can't believe Kasey & Vienna are still kicking it. I really don't get how or why people keep saving them? Well, I do know why, they have percieved power... but it is not real! Clearly! Erica and Blake let them have the safety roses so that they could get everyone to vote for them to stay, but Michelle and Graham wouldn't do it and so Blake & Erica left, leaving Kirk and Ella to keep playing, which I am happy about.

If Vienna or Kasey win I will boycott!

At this point, all the crew are filming their finale and I tweeted with a few of them about it. I am excited to see Jackie (who is not with Ames anymore and was feeling nervous about the taping, porr thing, I told her to be honest and be herself because that is what we love about her right?) and Gia, who you remember left in tears unable to hack it, she is just too sweet for the show I guess.

Anyhow, a few weeks left and we get a winner. I would love to see Ella/Kirk get it. I do not want Kasey and Vienna to, I don't like Holly, though I do like Michael (and hear they are back together?!?!) I didn't like Michelle and I don't remember Graham, but I like them now... I don't know I am rooting for Ella at this point - yes, her "story" is moving.... Sue me for having emotions!
Posted by Mandy's Mind at 8:00 PM No comments:

So Rob is home and Kristen is there filming...

Here he is at the airport, home at least, and Kristen is filming there, so you know they will be hanging out and stuff ;) (Baby Making Time?)