Unlocked - Q & A with Shailene and Theo

The cast of DIVERGENT is taking over @YahooMovies on Instagram all week long next week on their nationwide tour. Each day cast members along with Veronica Roth will post their own photos from stops on the tour. 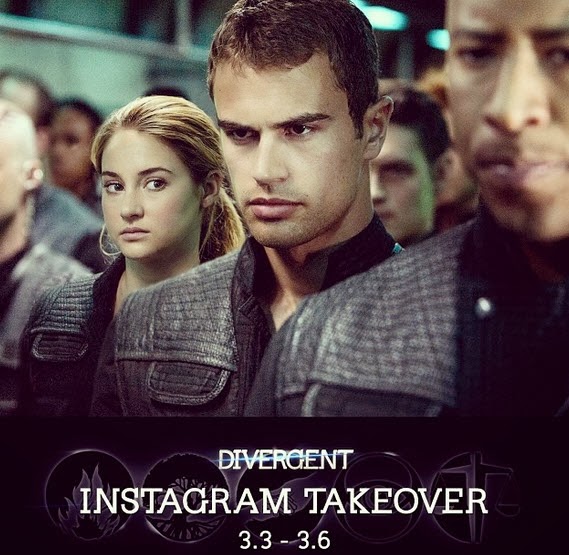 FOLLOW ALONG HERE: http://instagram.com/p/k-VWQcIHwi/
Posted by Mandy's Mind at 6:36 PM No comments: 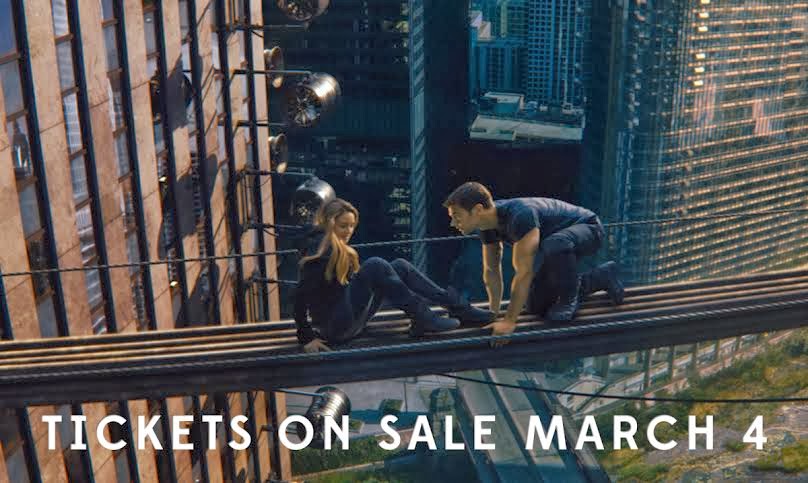 Santa Monica, CA  February 27, 2014 – Summit Entertainment, a LIONSGATE®company, announced today that advance tickets for the action adventure DIVERGENT will go on sale beginning Tuesday, March 4th at 12:00pm EST / 9:00am PST. Moviegoers who purchase advance tickets before March 21st on Fandango orMovieTickets.com will have the opportunity to be entered in to a sweepstakes for the chance to win a walk-on role in the film’s sequel INSURGENT. Additionally, those who purchase tickets online through Fandango and MovieTickets.com on the first day they are on sale – March 4th only – will receive a free download of the bookDivergent.*

DIVERGENT is a thrilling action-adventure film set in a world where people are divided into distinct factions based on human virtues. Tris Prior (Shailene Woodley) is warned she is Divergent and will never fit into any one group. When she discovers a conspiracy by a faction leader (Kate Winslet) to destroy all Divergents, Tris must learn to trust in the mysterious Four (Theo James) and together they must find out what makes being Divergent so dangerous before it's too late. Based on the best-selling book series by Veronica Roth.

In the sequel to DIVERGENT, INSURGENT continues the journey of Tris Prior as war now looms. Sides will be chosen, secrets will emerge, and to uncover the truth about her world, Tris must be stronger than ever because shocking choices and sacrifices lie ahead. INSURGENT is scheduled for release on March 20, 2015.

The Divergent book series was written by Veronica Roth and has already sold more than 15 million copies worldwide.  The Divergent books have topped the New York Times best-seller list since the first novel was published by Katherine Tegen Books, an imprint of HarperCollins, in April 2011, and the three books ranked one-two-three on the USA Today best-seller list for 2013.  Divergent was written by Roth while she was earning her undergraduate degree at Northwestern University.  She followed her first novel with Insurgent, which also rose to #1 on the New York Times Best Seller list and Allegiant, the third book in the series, set a HarperCollins record when it was released in October 2013.

For more updates on DIVERGENT, visit:

This film is not yet rated.

*Gift with purchase for a limited time only, while supplies last. Other restrictions may apply. Void where prohibited.
Posted by Mandy's Mind at 10:05 AM No comments:

Texans will NOT want to miss this (I wish I could go down to participate!!!)

There will be an amazing Dauntless-themed event with zip-lining, combat training & knife throwing on March 13. Tickets for the event will be on sale on March 4.


We'll teach you all of the important Dauntless skills, from zip-lining to knife throwing to combat, and we'll even host a game of Capture the Flag. Your ticket to this event also includes a seat at the opening night screening of DIVERGENT at the Alamo Drafthouse on Slaughter Lane so you can celebrate your new badass status with Tris, Four and the rest of Dauntless' fiercest warriors.
It doesn't take an Erudite to figure out that this will be the best day ever, so make sure you choose Dauntless! Tickets for this event go on sale here on March 4th.
(And don't worry, we'll let you bypass the fear landscape. Tattoos, however, are always encouraged.)

Did you catch our boy Ansel Elgort on Jimmy Kimmel last night? Don't worry if you missed it, we have the interview here for you to check out (over, and over again, if you want!!) 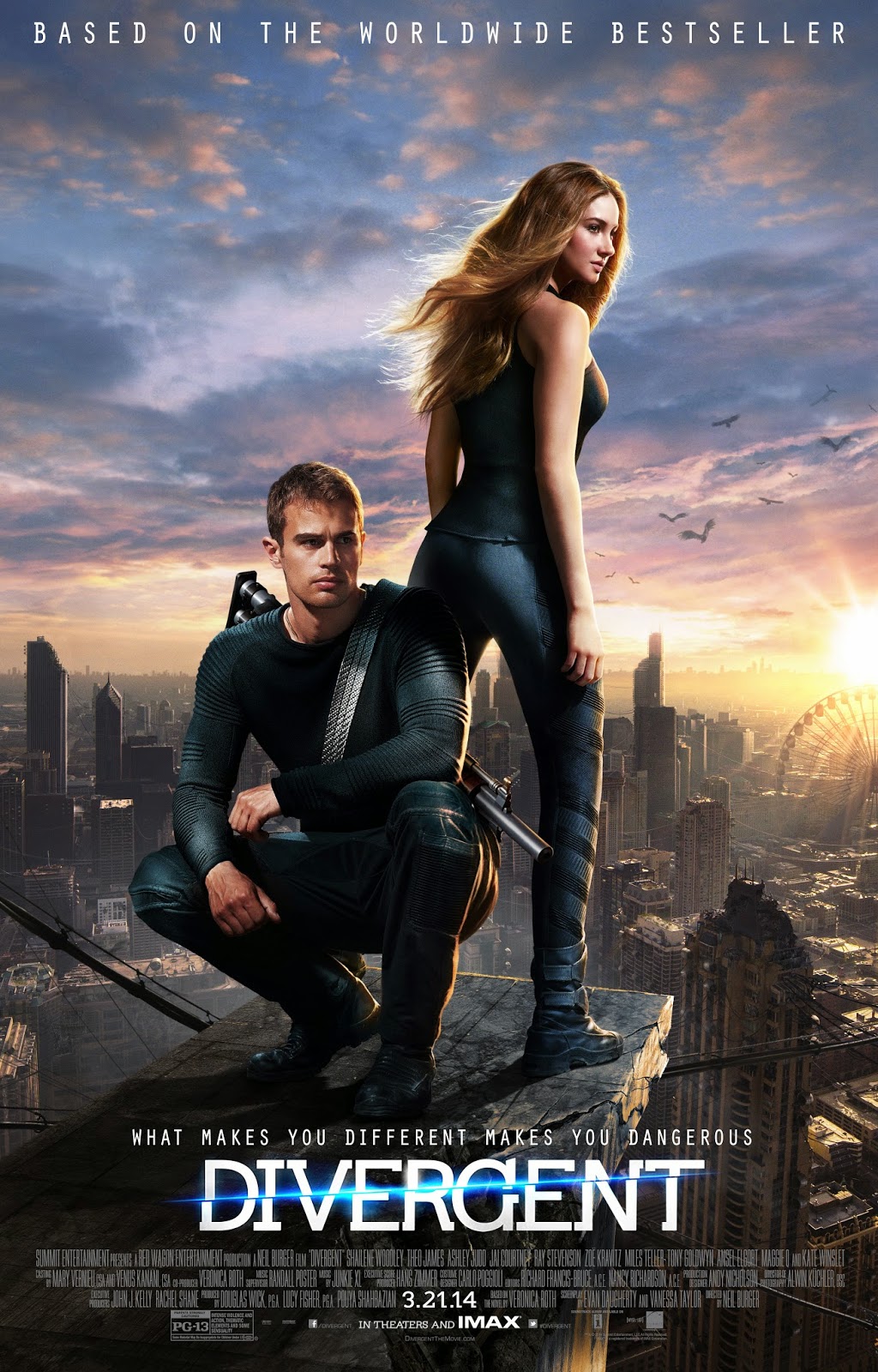 I have 5 pairs of tickets up for grabs for Seattle Divergent fans. You need to be able to attend the screening Thursday March 6, 2014 in downtown Seattle. Check-in is 5:30pm and movie is 7pm. Full details will be provided for winners.

How to enter:
1. Comment on this post: Tell me what you are most looking forward to seeing in the Divergent movie.
2. Tweet: I entered to win a pair of passes to #DivergentMovie #Seattle advanced screening March 6 via @mandysmind http://tinyurl.com/lgsujl5

Also:
The first 50 fans to arrive (line starts 4pm) will get red carpet spots to view Miles and Jai arrive and will get screening ticket to see Divergent opening week.

Send your questions to moviefone for #DivergentUnscripted 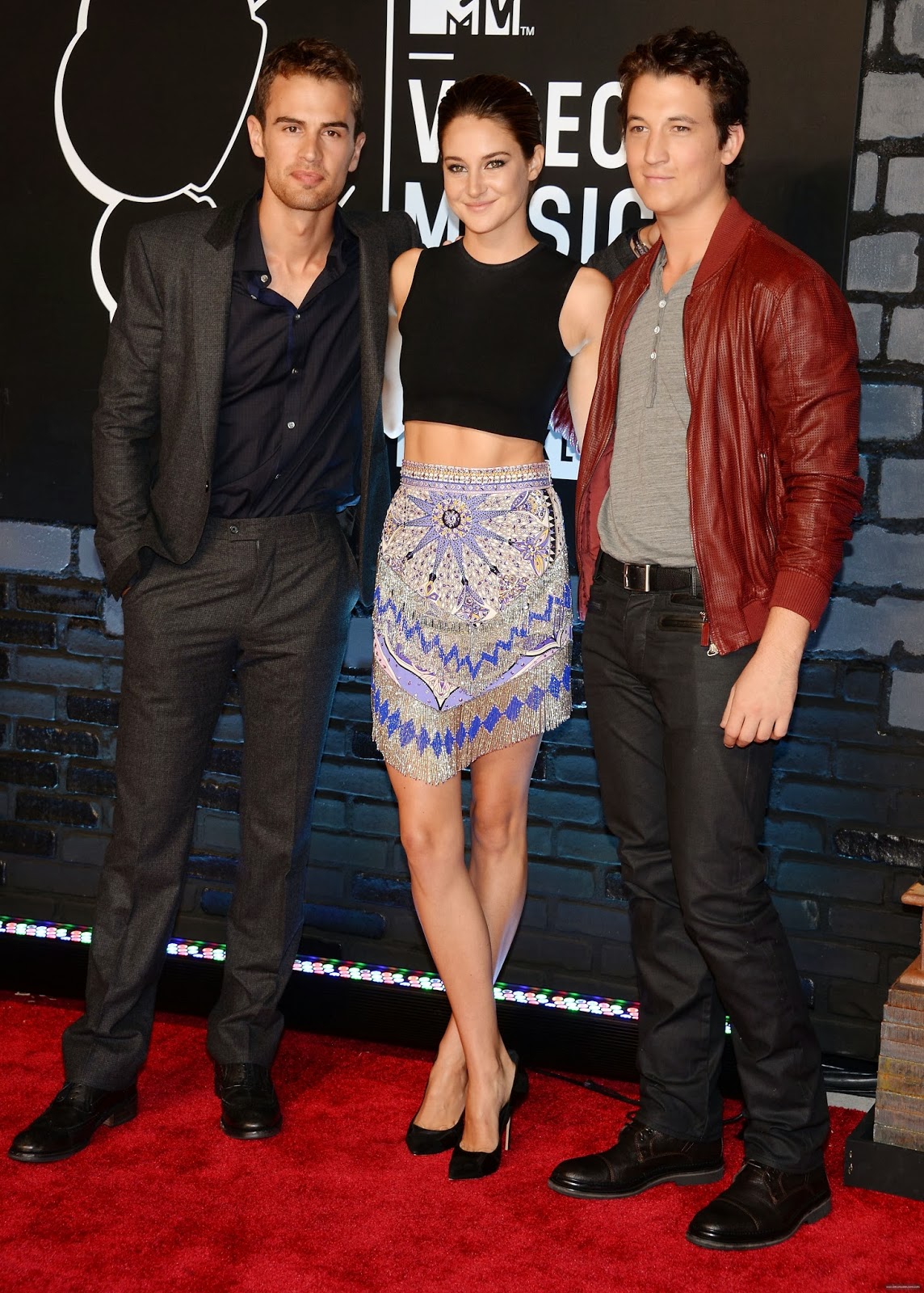 Moviefone announced  an upcoming "Unscripted" episode with Shailene Woodley, Theo James & Miles Teller answering fan submitted questions. You can submit questions in the comments of the story or via Twitter with #DivergentUnscripted
Be sure to submit your questions before the end of the day Wednesday, February 26. Then check back to see if they answer your question.
Posted by Mandy's Mind at 4:03 PM No comments:

Miles Teller can do it all

I am so impressed with the volume and diversity of roles in which Miles Teller has been offered and performed recently.

Watch this video: Interview with Miles Teller and the Cast of 'Whiplash'

Right now it's really good to be Miles Teller. He's been dubbed the next big thing at two consecutive Sundance Film Festivals, starting with last year's powerful teen romance,The Spectacular Now, for which he and Shailene Woodley shared dramatic acting awards. This year he came back swinging in Whiplash, playing a jazz drumming protege at the mercy of his ruthless instructor, played by J.K. Simmons. And since then, things have only gotten better with major roles in Fantastic Four and the boxing biopic,  Bleed for This.


Let's not forget Divergent in March. I have to say, he is a talker, he is a 'class clown' and jokster, but he also has some major acting chops! I can't see what else the future has in store for Miles!