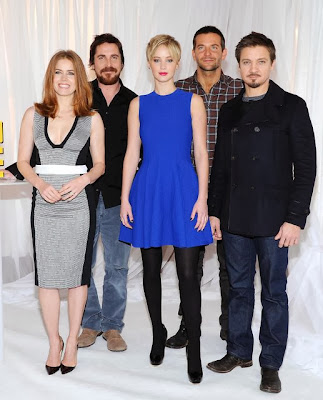 Jennifer Lawrence is a beauty in blue as she poses at the American Hustle photo call at the Crosby Street Hotel on Sunday morning (December 8) in New York City.
The 23-year-old actress was joined in the pictures by her co-stars Bradley Cooper, Christian Bale, Amy Adams, and Jeremy Renner, as well as director David O. Russell.

Via Just Jared
Posted by Mandy's Mind at 3:43 PM No comments: 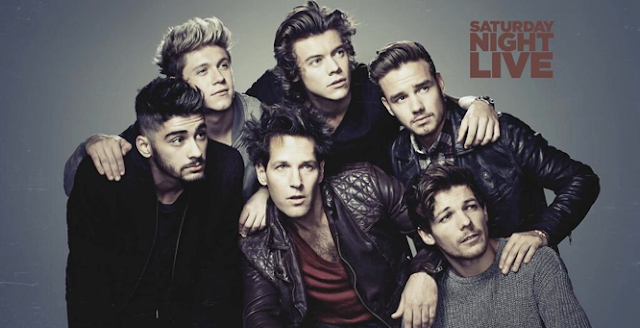 It's been a while since I enjoyed SNL so much!

From One Direction, Special guest appearences by Kristen Wiig, Steve Carrell, Will Ferrell, Fred Armisen, it was star studded.

I loved the new and improved Santa with his "ho ho ho" the opening monologue, Weekend Update, Sound of Music spoof and almost every sketch was pretty awesome. One Direction performed awesomely, I just really enjoyed the whole episode! My favourite, after the opening monologue, was probably Paul Rudd as the creepy #1 One Direction Fan - ha ha so funny!


Here are excerpts of Hypable's recap:

Host, Paul Rudd came out with One Direction during his opening monologue. Paul wasn’t to be uptstaged by another musical guest and brings on his own “man band” which features his Anchorman 2 cast Steve Carrell, David Koechner and SNL alum Will Ferrell. Paul affectionately names the guys on the stage Nine Direction as they sing the song “Afternoon Delight.”

Read the rest here - with videos
Posted by Mandy's Mind at 3:50 AM No comments: