Ha hA to be fair he does say he won't talk badly about others and it is all in jest... still I can see the Beiber vs Pattinson fans waging full fledged war against one another now...

Here is what came up with the lunch that the fansites had with Stephenie Meyer. They will have full transcripts later of the 4-hour interview. Much of it will be released after Eclipse comes out as to not spoil movie for anyone, but this is a listing of some main talking points:

Midnight Sun: Is not off the table. It won’t be her next project, but she has not cancelled it. She needs it to be the thing she is the most excited about to write it effectively or it won’t be good.

It was a 4.5 hour interview very laid back atmosphere, they discussed everything.

Bree Tanner:
Freaky Fred: In his human life was that he was very introverted nerdy human science type very intelligent who observed everyone who kept his distance from people by always avoiding eye contact. That translated into his vampire repulsion technique no one wants to watch or see him. He still retains his intelligence and inquisitiveness.

Don’t watch: the line was to both Bree and to Bella in equal measure.

Riley: Stephenie’s attitude/view of Riley had changed. People lost sympathy for Riley and she did too when writing it.

Diego made Riley assist in the actual killing of Diego.
Victoria enjoyed making Riley do it.

Riley did try to save Diego but Victoria wouldn’t show mercy.
The fact that Riley cared for Diego made Victoria want to hurt Diego more and after Riley helps in his death he totally lost every good part of himself. embraced the dark side in a sense.

She always knew the Volturi had visited Victoria. The fact that Victoria is now forced into a decision is why Alice can suddenly see what is happening.

Jane acts without Aro’s direct knowledge. Aro sends her and the team to North America with Aro’s blessing to act as Jane sees fit. Jane would actually have liked to kill Alice too because she knows that Alice would be Aro’s bigger prize than her if Aro ever got her in Italy permanently. She would be higher ranked than Jane and Jane actually hates Alice more than Bella. However Jane realized that Aro would kill Jane if Alice died at her hands or inaction, so Jane has no choice in the end.

Edward didn’t tell anyone that he read Bree’s thoughts because any info Edward got was not going to change anything. It wouldn’t make anything better at that point. Bella was also still human and he didn’t want to risk a human Bella by saying anything.

Breaking Down: The parody version of Breaking Down that Stephenie wrote in her head as a release from stress.
Stephenie just decided to write in her head a story where Charlie ends up as a meth addict, Bella accidentally kills Alice, Edward runs off in depression can’t stand Bella anymore, Bella settles down in the arms of Mike Newton who then leaves her and runs off with Eric Yorkie. Bella can’t take it anymore walks to the infamous cliff goes to commit suicide then decides she can’t do it turns back from the cliff trips over her own two feet, trips, hits her head on a rock and dies.

Other novellas:
Nothing immediately in the works, but didn’t discount idea totally
If she were to continue she would write series from Rensemee’s and Leah’s points of view

Downside of fame:
No chance in interviews anymore to really in depth character questions because bigger media glosses over the little stuff all the fans want to know. In other words the interview that all focus on the dream, etc.

Themes:
Stephenie doesn’t feel that Twilight is out there to have a message or theme and that everyone should choose as the characters do. It’s the choice that they made in their circumstances. She didn’t write it to have a specific theme or message, but if she had to pick something there is an over arching theme of choice and what the pros and cons of any given choice are. But that’s not to say the books are an allegory on choice.

While in Berlin, Taylor hits the track. He also grabbed a bite to eat at Zillemarkt restaurant while watching some World Cup action.

OK, a lot of "Team Edward" people commented that this made them sick, or they hated it or whatever but I have to say, after seeing it happen on the big screen - it was hot!

Not as much chemisty as her and Rob, obviously, but I am a wolf-pup lover and Taylor Lautner is hotness and they didn't just kiss - they staight up MADE-OUT... it was hot... though those of you who are hard-core Team Edwards will feel nauseated during the scene - heads up!


Movie Trailers - Movies Blog
Posted by Mandy's Mind at 9:54 AM No comments:

I pulled this from Twifans.com:

Here's a little teaser of the questions Twifans.com (Alison & Kim) asked Stephenie Meyer during our 4 hour Q & A. Some questions are Bree Tanner spoilers so we're not going to post those in this teaser:

1. What rule did Bree actually break according to the Volturi? (Fan question credit to - jencwu)

2. When will The Official Twilight Guide be released?

3. What do you think about Fan Fiction?

4. How do you feel about creating a fictional character all men are measured against?

5. Edward's movie Volvo (hatch back & mom mobile) &is different then the book Volvo, what do you think about this?

6. Based on the clips, Hot Angry Edward seems to be a fan favorite. Why do u think the fans seem to be so excited about this?

7. In the book Eclipse Bella jumps between Edward & Jacob in the tent scene to stop them from fighting. If Bella hadn’t done that, our members want to know who would win – Edward or Jacob?

8. During the motorcycle scene in the parking lot Bella leaves Edward & rides off with Jacob. Our members don’t think book Bella would ever treat Edward like that, what’s your opinion?

9. What made you put your producer hat on for Breaking Dawn & what will you bring to the table?

These are just Twifans.com questions. Each of the 4 fansites ( Letters 2 Twilight, Twilight Source & Twilight Series Theories) asked their own great questions so there's a lot more info coming your way. We'll be posting a little more on Monday but can't post anything Eclipse movie related until after the is released. Stay tuned!

P.S Midnight Sun was discussed!
Posted by Mandy's Mind at 12:19 AM No comments: 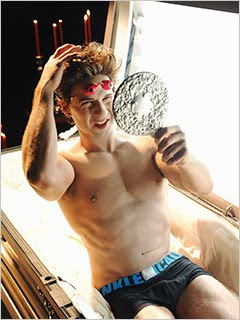 
ABC has released this pic of Jersey Shore‘s Mike “The Situation” Sorrentino re-imagining Robert Pattinson’s role in Twilight. It could be one of Jimmy’s fantasies translated into an actual photo shoot, but officially it is part of next week’s Jimmy Kimmel Live: Twilight Saga: Total Eclipse of the Heart special, airing Wednesday at 10 p.m. ET.


Read the rest of the article at EW.com

ROb talks to MTV about nude scenes in Bel Ami

One of the most awesome parts of the LA convention was how many different fans, fansites, bloggers and friends from twitter were there. Here is mix of the fun we had:

There are many more on or being added to facebook.

I am so behind in everything and further more I am too wrapped up in Eclipse to think about BD lately...

"You know, you can do childbirth without seeing childbirth. ... It doesn't mean it's any less evocative of an experience . . . From a screenwriter standpoint that's gonna land more squarely in the director's hands . . . That's one of those things [where] I kind of say [and] make a few sort of general suggestions on the page and say, 'Go! Go, Bill! Do it!'"

Rosenberg took to Facebook, though, to clarify her statements.

Hi y'all! Not sure where some of you got the impression I intended to leave birth scene out of Breaking Dawn, but it's inaccurate. Of course the birth scene will be in there! And the sex scenes! And the feathers! And the blood! Perhaps you misinterpreted what I said about not needing to see BUCKETS of blood in or...der to convey the terror of the birth scene. But rest easy all! xoxo Mel
Posted by Mandy's Mind at 8:29 PM No comments: 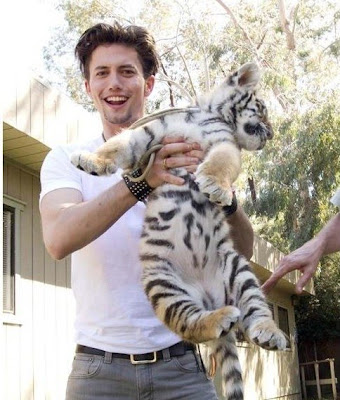 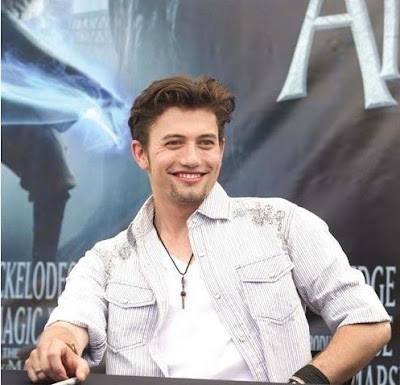 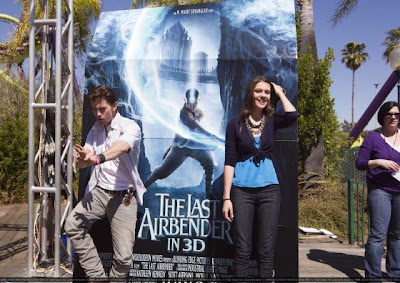 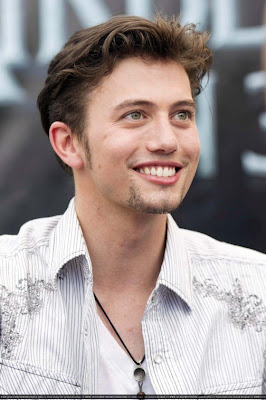 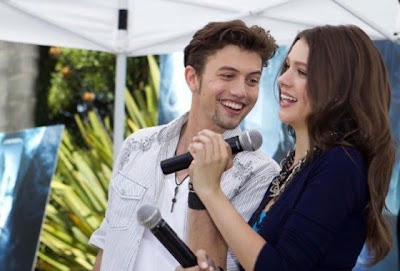 Kristen and Taylor in Germany today

Here are some photos from Kristen Stewart and Taylor Lautner's Eclipse Promo in Germany:

Looking good ! They sure are busy bees....

This weekend i will be blogging TONS to catch up with everything.... check back often!!!

I can't wait to see this air, especially since I was across the street at the Eclipse Screening and had hung out in line with friends who were attending. Even cooler, we did a video chat with Jimmy Kimmel, Robert Pattinson, Taylor Lautner and Kristen Stewart while Dakota fanning, Peter Facinelli, Bryce Dallas howard and Xavier Samuel came INTO our theatre after "technical difficulties"

I have so much more to say about this all but I was front row and it was so exciting...

I really am behind with my blogs but this weekend wil be catch up time :)

I am behind with press Conference stuff since I was in L.A at the time and it happened hours before I saw Rob, Kristen, Taylor and all the Eclipse cast at the Twilight Convention - that being said I am home now and trying to catch up while also seeking a new job - no job means no income, and though it means lot's of time to blog, I have bills to pay and so instead of blogging all day like i WISH I have to actively seek a new job - - bah!