This is not confirmed, but it seems Breaking Dawn may spend a day or two in Florida to shoot.

I first heard this a few days ago when someone told me there were some re-shoots of the honeymoon water scene that needed to be done. The lighting was off from original shoot. NO location given just that they had to re-shoot some of it.

Yesterday someone else told me the same thing but that they were shooting them somewhere on Vancouver Island.

Now this seemed absurd, even in the summer our waters are quite chilly, but in April? FREEZING!

Then today I was talking to someone who told me that while booking talent for WFE release parties Rob was unavailable for particular dates because he was in Florida for Breaking Dawn and Reese was already in Europe for WFE promotion / junket (with Rob joining her right after his Florida shoot.)

I asked another friend who is usually "in the know" and was told Florida honeymoon scenes were indeed scheduled.

So, based on all this it SEEMS there may be a day or two shoot right before Easter weekend in Florida.... No one mentioned a city, and I can't confirm 100% this is correct, but for now it seems likely just based on the number of separate people saying it.

Time will tell for certain but Florida peeps keep your eyes and ears open.... Just in case!

And an Italian trailer:

Reese Witherspoon talks about Water for Elephants (and Rob)

Robert Pattinson and Reese Witherspoon find forbidden love under the big top in their new period drama 'Water for Elephants,' and Reese says the film is "full of peril and drama and danger and love and romance."

"It's that kind of romance that is about second chances," explains Reese. "Sometimes you can be in your life and sort of trapped in a circumstance that you just can't get out of, and one day someone comes along and throws you a rope and you have an opportunity at a new life."

Based on the best-selling novel by Sara Gruen, 'Water for Elephants' follows an elderly man (Hal Holbrook) reminiscing about his days working as an animal caretaker at a circus. A young veterinary school student (Robert) witnessing the beauty and brutality of life under the big top, he falls for Marlena (Reese), the captivating star performer, and suffers the wrath of her charismatic but dangerous husband, August (Christoph Waltz).
advertisement

"He falls in love with her at first sight," says Robert of his character. "She just seems kind of magical to him, and she doesn't see herself as that at all. She sees herself as just like a work horse, that's it, and thinks there's no fantasy in life and all, and he just refuses to see her as anything else other than this complete fantasy figure."

I had heard both ROb and Kellan would be out of town (Vancouver) this weekend (Kellan for Wondercon, Rob for CMTs) and I actually enjoy country music ANYWAYS so would have watched the awards regardless, but this is just an added perk ;) Here are some more stills, I have seen some, some are new.... I am so excited for this movie, I think I am going to NYC for premier... just decided today - - - squeee!

I apologize for the neglect... especially during Breaking Dawn filming... I realize I am usually posting daily with goods on Twilight and local filming HOWEVER this time around I have been very busy.

I have been working a new position which keeps me busier than usual. I also got quite sick for a few weeks. Then I was out of town for over a week AND have had a ton of dental appointments in preparation for oral surgery next month..... but enough with the excuses - let me bring you the goods...

Twilight Breaking Dawn is still filming, it is in Squamish which is about an hour outside downtown Vancouver heading towards Whistler.

THe humans have arrived as have some Denali Vampires and the wedding rehersals have begun. Shooting will start next week (if not already) and as if that wasn't enough, the Breaking Dawn Photo (and video) leaks happened today - - - wow!

If you have not seen them, they are "out there" but the Summit lawyers, being as strict as ever, are on the ball and suing anyone they can - so I will not be posting them on my blog but I am sure if you look hard enough you may be able to find them floating around.

In completely unrelated news ;) I have a tumblr account now... are you following me there? I am still new to it but I am learning.


Anyways - expect a ton of blogs to come pouring through soon as I get caught up on all that is going on in Twilight, Reality TV and other things that interest me - - - this is My Mind after all ;)

Twifans came to Vancouver and went to Squamish and snapped forest photos.


They have a number of photos but here is just one that they captured:

Based on careful dissection and analysis TwiFans has determined that this is the volvo that will be used in Breaking Dawn:

What do you think?

FOr more go to Twifans.

Taylor out for sushi Taylor Lautner went for Sushi, which is shocking to me because he is such a steak guy but if he is in Squamish (and not Vancouver as tabloids said with this photo, but most do not differentiate between Vancouver and Squamish?!?) there isn't a whole lot to choose from - there is a sushi place near the hotel... but I don't know if this was in Squamish or Vancouver...

Lot's are here now - with the wedding scene upcoming, they need a lot of cast in town....

I have never met Anna but would love to... I am still annoyed I had tix to advance screening weeks ago and it was "cancelled" grrrr...

Life for Stephenie Meyer has changed, big time, compared to when 'Eclipse' was filmed. She has up-rooted her family and brought the husband, kids, tutors, and dog along for the ride to Baton Rouge and Vancouver filming. Now Stephenie can be on set everyday and worry about life at home. Home is with her.

USA Today had the only journalist invited to join the 2 day fan event with Stephenie Meyer this weekend. All 10 fans got to travel to Vancouver and have discussions with Mrs. Meyer. But USA Today got to spill the deets today!!!

What does SM think of Kristen's performance as a vampire, "She's created a new character. I was really impressed. I've only really seen her as (the human) Bella, so to have her step up and change it in the right way — she didn't have to talk to me. She knew. She knows the character so well now. She has really good instincts, and she looks amazing."

I was excited and to read about Renesmee's birth scene, "the most blood we've ever seen in the series", but was disappointed slightly to read, "I don't feel like it's graphic. You're not seeing it, but you know what's happened." I want to see it!!!!

Stephenie compares the characters to the actors which is funny. "Rob is more like Jacob than Edward. He's goofy, he's funny, he doesn't take much seriously. But he can turn Edward on like that (she snaps her fingers) when he needs to be Edward. Taylor's who we hang out with most. He's a lot like fun, happy Jacob."

Meyer says the first Breaking Dawn movie may end "when Bella opens her eyes as a vampire. That's the way it's been shot. They can still do it any other way, but I think that's the general idea. You kind of have to get there in the first film. That way you have all the time in the world to explore being a vampire and those exhilarating first moments."

Possible book in the future!!! One question she won't answer: whether the werewolf/shape shifter Jacob and Renesmee, the human/vampire hybrid child of Edward and Bella, could ever have children. (Jacob is a teenager, but baby Renesmee is aging at an accelerated rate.) "That is a question I'm reserving the right not to answer, because there is a chance I'll go back to their story." Can't wait for this flick!

''That was the other thing about Water for Elephants. There was something about the posture of the '30s, something that I felt my body could fit into — it was quite languid, which I find easier. I think modern-day things generally, I don't understand. I can watch actors move and there's something, there's some kind of snappy thing to it and I don't... I'm not snappy. There is a lack of snappiness." —Robert Pattinson

''There's something about her. She's just this genuinely nice person. I don't know if she puts an effort into creating a nice aura, but her mood dissipates over the whole set. It was a completely different environment from when she wasn't there. All the kids and the animals were just drawn to her.'' —Pattinson talking about Witherspoon

''He's dedicated. And he loves what he does. It's amazing, he got such an incredible opportunity so young and he intends to use every bit of it to make creative choices from here on out.'' —Witherspoon talking about Pattinson

''Well, it's a boy thing, right? To have dirty fingernails and dirty hair, and his clothes were dirty all the time. It was a nice escape for him to be tan and in the sun all the time instead of the vampire gear.'' —Witherspoon talking about Pattinson 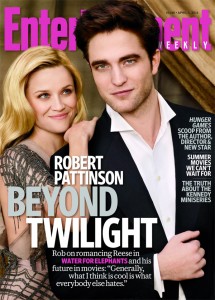 Rob on Leno.... My fave is obviously the 2010 appearence that I was in the audience for ;) 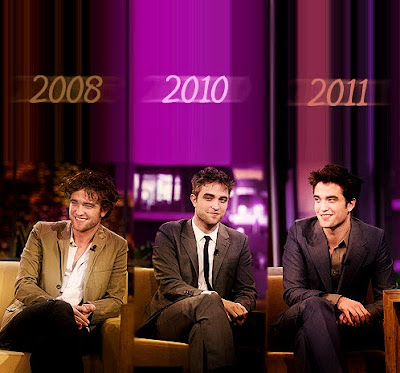 I’m from Los Angeles, where designated hiking trails dictate the time you spend working out. A 6-hour hike? Even my dog wanted to turn around and go home. Apparently the locals call this place “nature’s stairmaster.” Let me tell you now, no stairmaster leaves you as beat up as this mountain left me. I only huffed and puffed my way up for about 45 min before the twitching muscles in my legs said “no more”. Then began the slow, treacherous journey down. To be honest, if I were adequately prepared I would have brought butt pads.
The following day I attempted to seek out a hike that was more about the view than the glute workout. Note to self: When taking the scenic route in another country that uses the metric system, make sure to bring a device with a converter…or Google it. I underestimated what a 12km hike was. 2 ½ hours later, Enzo and I were still wandering around in the forest trying to find our breadcrumbs.
(Don’t judge the photos. The iphone camera didn’t do this place justice. Next time I will bring my “big girl” camera.)

Posted on her blog, iamnikkireed.com, March 28.