SEE THE CLIP HERE not sure how long it will last - but it is HOT HOT HOT and has him getting sexy time from her, as a vamp... blurry but awesome!
Posted by Mandy's Mind at 10:25 PM 3 comments:

This is fun an d all but hilarious is that I can see me and my friends in the background being complete idiots with our crazy signs and antics ha ha - you can see me switching between my camera's and also turning around to show signs to cast who I missed when they walked the carpet but caught before they went inside the theatre ha ha - don't judge me
Posted by Mandy's Mind at 3:34 PM No comments:

For a full list of tonight’s nominees, check out Grammys.com!

http://www.grammy.com/nominees
Posted by Mandy's Mind at 3:40 AM No comments:

If you know me, or have read my blog long enough, you know that there is one man I put above all others....

I adore that man on so many levels, though mostly physically... rawr!

I have never met him.... I hae always wanted to... and this has become my mission... I have heard he is so sweet, fan-friendly and I really want to just MEET him!!!

Anyways, he has a number of movies coming up this year and so even if I do not get to meet him in the flesh, at least I will have plenty of him on the big screen...

I saw this at the surprise screening in L.A. for the AFI Festival. Loved the action, Gina Carano is awesome, Michael Arangano is hilarious, Ewan McGregor is perfect and Channing is hot hot hot...

The trailer makes me cry....

The poster I do not love, Chan looks way to femm. 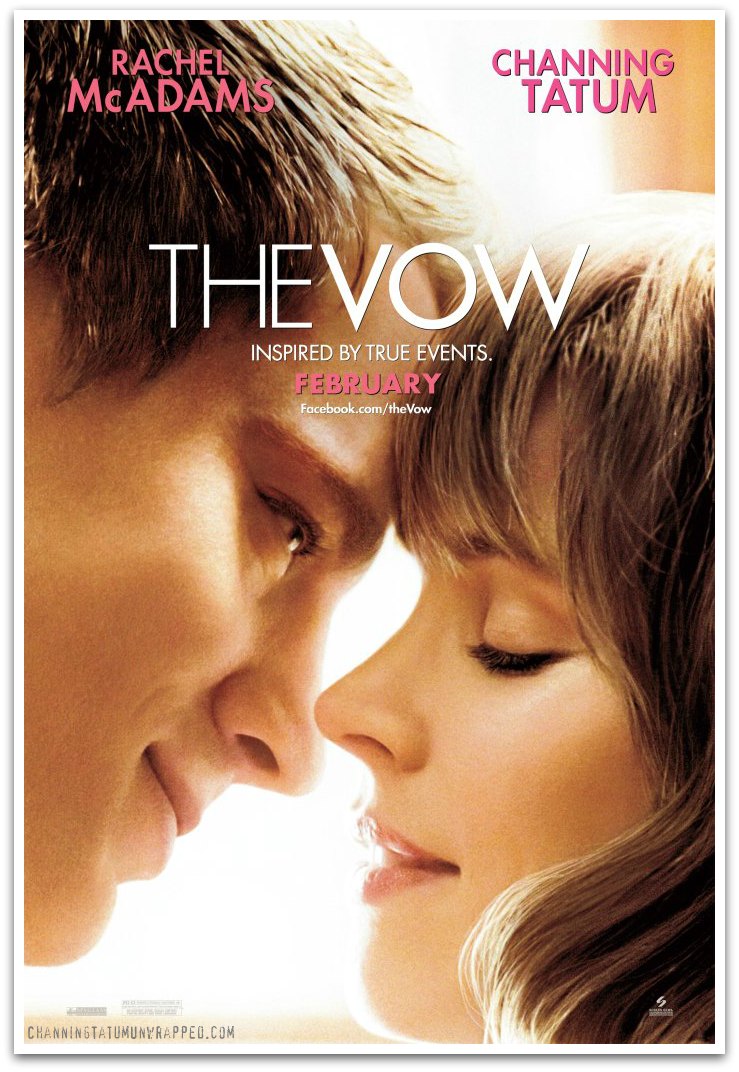 March 16 is 21 Jump Street I loved this show in the 80s... I mean, I was a kid, but FUN FACT I was IN 21 Jump Street... as an extra... I m et Johnny Depp before he was "the Johnny Depp" in fact, back then it was Richard Greico that was all the buzz ha ha.... anyhow, I really almost flew down to Louisiana to try and meet Channing during filming... but didn't... sigh

Originally scheduled for an August release it is now moved to June 2012. This frustrates me because it means comic-con will not have a panel on it.... I am hopeful, however, that Channing will have more projects coming out post-comic-con that force him to be there for some kind of panel... I need to meet this man....

Also upcoming projects he is tied to that are in various stages (from rumoured to pre-production to post-production) include:

Also his production company is connected to projects ‘Ion‘, ‘The Contortionists Handbook‘, ‘What’s Left of Us‘ and ‘11 Minutes’

Time will tell - but there better be a movie that makes him go do a panel at Comic-Con... and/or come out for dinner and drinks with me ;) 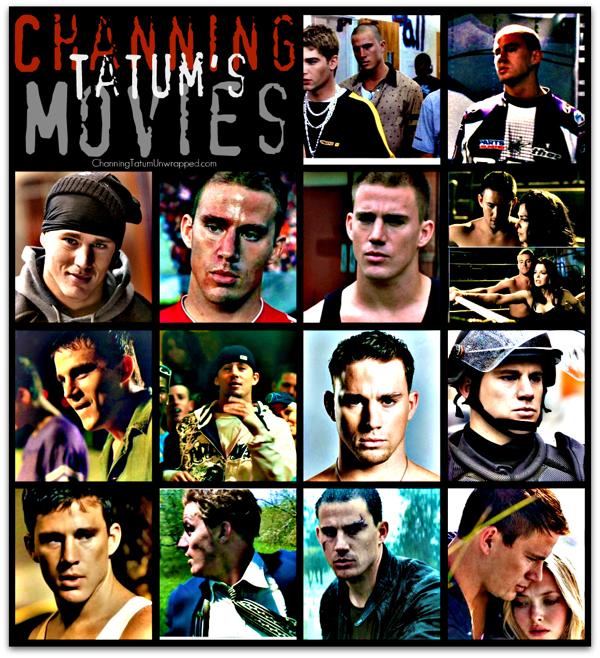 Starting with a hawk, he shaves it all off - looks good - Slutz4Lutz approve

Sunday night was great... one of the better Walking Dead and Dexter episodes right? I haven't watched Boardwalk Empire yet but I hear it was amazing too.... Spoilers if you continue... More... So first, Dexter.... Did the last 5 seconds not make you want to re-watch the whole season again? Very trippy! Luckily I haven't deleted any Dexter's yet so I may very well re watch the whole season - not just for the twisty dead/alive Doomsday Killer (DDK) but also to see more Cameron Camargo - - - seriously?!?! Love Ice Truck Killer........ even more since I met him in L.A. Now.... Walking Dead..... As obvious as it should have been that the lil girl was a walker, I still loved the reveal and the last few minutes. I hate Shane - hate isn't even strong enough a word - he irritates me beyond belief, I want him dead - I wantes the lil girl walker to eat his brains in front of everyone as they ate popcorn and cheered! No Joke! Anyways, it was a great episode! Thank-you Sunday Night telelvision for making me smile.... because Monday Night's hasn't so far....
Posted by Mandy's Mind at 12:18 AM No comments:

I noticed in the Hunger Games trailer that Elizabeth Banks has an accent as Effie, I found it to be quite perfect, almost how I read her voice in the book - I love when that happens. Some were curious about the accent...


Let’s talk Hunger Games: Where did you come up with Effie’s voice?
It’s a combination of The Philadelphia Story and Rosalind Russell in Auntie Mame.
Really?
Rosalind Russell is just amazing. It’s one of my favorite performances ever. I wanted Effie to be really theatrical. I just wanted to make sure she didn’t sound too British. She needed to be a little highfalutin.


Read more of her interview here
Posted by Mandy's Mind at 11:45 PM 1 comment:

Bloomberg is reporting that two movie studios well known to our readers – Summit Entertainment and Lionsgate – are in talks to merge. More... Though it wouldn’t cause much that typical moviegoers would notice, it’d certainly be beneficial for Lionsgate’s The Hunger Games franchise given Summit has experience from turning Twilight into a major financial success. From the report: The companies have resumed discussions that broke down in the past over price and control issues, said the people, who declined to speak publicly because talks are private and there’s no assurance a deal will be reached. Lions Gate would gain access to the cash generated by the five “Twilight” movies. The first four films have grossed more than $1 billion in worldwide ticket sales, according to Box Office Mojo. A sale would be a payday for owners of closely held Summit who formed the studio in 2007 with funding from Merrill Lynch & Co. Summit, based in Santa Monica, California, is scheduled to release the fifth “Twilight” movie in a year. Lions Gate has about $550 million in short- and long-term debt, according to Bloomberg data, and has struggled to remain profitable. Melissa Zukerman, a spokeswoman for Summit, declined to comment. Peter Wilkes, a Lions Gate spokesman, didn’t immediately respond to phone and e-mail requests for comment. Lions Gate, also run from Santa Monica, California, produces cable TV’s “Mad Men” series and in March will release “The Hunger Games,” a film based on a young-adult book trilogy that has been compared to the “Twilight” novels. “The Hunger Games” and three potential sequels may generate $220 million to $733 million in earnings before interest, taxes, depreciation and amortization over the next several years, according to James Marsh, an analyst at Piper Jaffray & Co. in New York. We’ll keep you updated on future developments. It’s completely possible that the talks could fall through if either side has any major issues with the deal. Reports have indicated in the past that the merge would be a good idea considering both studios are each considered a “mini-major”. [VIA Hypable
Posted by Mandy's Mind at 11:01 PM No comments:

And the Special Features...

■6-part Documentary (viewable in both standard and PIP modes)

Once Upon a Time

Who has seen this amazing new show? First of all, it is filmed locally, here in Vancouver, which means I always give it a go, I love watching locally filmed television shows. But, what was awesome about this series is just how great it is! I am a huge fairy tale fanatic anyways, but this story is a grest twist on the traditional and has amazing writing and storylines so far. If you haven't checked it out, you must! Basically the fairy tale characters are trapped in modern time because of a curse that the evil witch cast after a deal with rumpelstiltskin. All the fairy tale characters we know and love have a modern role and are unaware of their own true identity. A young boy knows and as he tries to convince a few trusted adults, including his birth mother who is unknowingly tied into the tale... his adopted mother (the evil witch) tries to keep the secret. It is amazing! So.... who watches?
Posted by Mandy's Mind at 1:06 AM 2 comments: