I will take whatever I can get at this point... Creepy teaser trailers, set photos, rumours... gimme gimme!! I can't WAIT for season 3 of AHS!


I love this because in my younger years "SHENANGIANS" was something we would often "call" and I think it is fitting for this situation: (from her tumblr)


So, every so often an Allegiant “spoiler” will pop up on Tumblr or on Twitter and I get a lot of frantic questions about it. It’s kind of tough to answer those questions, and here’s why:

Reader: “Is it true you said Tobias doesn’t die in the third book? I saw it on Tumblr!”
Me: “It is not true that I said that. I never said anything about who dies or who doesn’t die.”
Reader: “Ahh! This must mean that he DOES die!”
Me: “No, it doesn’t!”
Reader: “So you’re saying he doesn’t?! I am so relieved!”
Me: “I am not saying that either! All I’m saying is that I didn’t say that thing that Tumblr said I said.”
Reader: “Wait, what?"

I love that so many people are so concerned about what happens in book 3, because it means that you care, and that is awesome. I am lucky to have readers who want to throttle me for answers, really. I’m just trying to find a way to clarify things without alarming anyone with the pesky limitations of the English language, so here are the things I have actually said about Allegiant:

-It contains both Tris and Tobias’s POVs (points of view), alternating by chapter. (More on that here.)
-It is slightly longer than Divergent and Insurgent
-In it, you will find out what’s outside the fence

…and I’m pretty sure that’s it? And honestly, it’s pretty much all I will say before it comes out, because I want everyone to have a clean slate when they crack it open. Or as clean a slate as possible.

I feel like we need a word for “I did not say [insertspoilerhere] but I’m not saying it’s not true and I’m not saying it is true, I’m just saying that I didn’t say it.” Maybe it can be…shenanigans?

I’m going with it.

In other news, I am REALLY enjoying reading some of your theories about what’s going to happen. We will see if you are right…on October 22nd.
Or whenever you get around to reading it. It’s cool.

I friggin' love her!

Oh and there is that time I met her and hung out at a party with her and had a great convo about my life and my dreams and her writing and her life... ya, that! 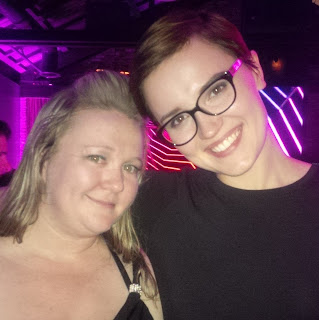 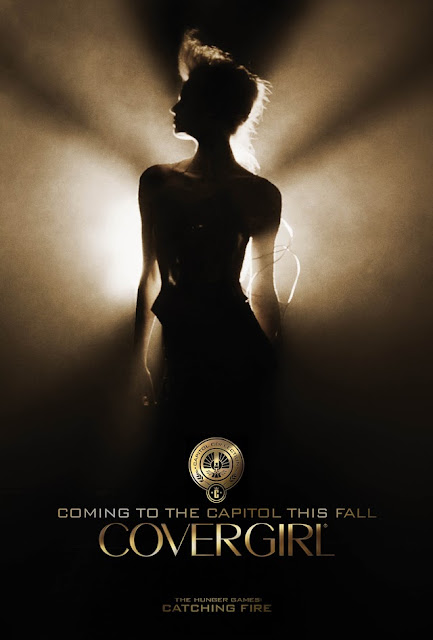 CoverGirl makeup artist Dotti used the line’s products to create the two striking pictures above, using the collection’s lip glosses, mascara, nail polishes, nail decals and more. All of the collection’s products are based on the film’s 12 districts, with the above photo on the left representing District 4 (Luxury) and the above photo on the right representing District 1 (Fishing) 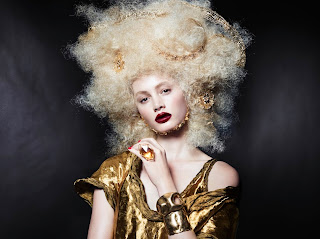 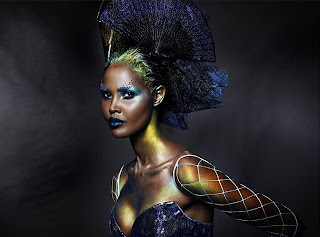 Source
Posted by Mandy's Mind at 1:00 PM No comments:

100 days to go until the release of Hunger Games: Catching Fire and we get some info on the World Premiere... in London... I am guessing Nov 18 will be USA/LA - but we shall see... I want to go, but not to London (Well, I WANT to go to London, but funds and time will prevent me ha!)


LIONSGATE TO UNVEIL THE HUNGER GAMES: CATCHING FIRE WITH WORLD PREMIERE IN LONDON ON NOVEMBER 11, 2013

Santa Monica, CA and London, UK August 13, 2013 – With 100 days and counting until the November 22 worldwide launch of The Hunger Games: Catching Fire, the second installment of Lionsgate’s global blockbuster Hunger Games franchise, the Company announced today that it will host a Catching Fire world premiere in London on November 11.

Catching Fire will open day-and-date with its domestic release in nearly every major international territory. The first Hunger Games film was the 13th highest-grossing North American release of all time on its way to generating nearly $700 million at the worldwide box office.

The film begins as Katniss Everdeen (Lawrence) has returned home safe after winning the 74th Annual Hunger Games along with fellow tribute Peeta Mellark (Hutcherson). Winning means that they must turn around and leave their family and close friends, embarking on a “Victor’s Tour” of the districts. Along the way Katniss senses that a rebellion is simmering, but the Capitol is still very much in control as President Snow (Sutherland) prepares the 75th Annual Hunger Games, The Quarter Quell – a competition that could change Panem forever.

The Hunger Games: Catching Fire is directed by Francis Lawrence, from a screenplay by Simon Beaufoy and Michael DeBruyn, based upon the novel “Catching Fire” by Suzanne Collins and produced by Nina Jacobson and Jon Kilik.

Its feature film business has been fueled by such recent successes as the blockbuster first installment of The Hunger Gamesfranchise, The Twilight Saga Breaking Dawn – Part 2, Now You See Me, Kevin Hart: Let Me Explain, Tyler Perry’s Temptation, Warm Bodies, Texas Chainsaw 3D, The Expendables 2, The Possession, Sinister, The Cabin in the Woods and Arbitrage.

Lionsgate’s home entertainment business is an industry leader in box office-to-DVD and box office-to-VOD revenue conversion rate. Lionsgate handles a prestigious and prolific library of approximately 15,000 motion picture and television titles that is an important source of recurring revenue and serves as the foundation for the growth of the Company’s core businesses. The Lionsgate and Summit brands remain synonymous with original, daring, quality entertainment in markets around the world.