I don't know about you but I am LOVING the new looks. It is especially interesting since we haven't seen all of them as volturi for a while (thought Dan Cudmore, Cameron Bright, Dakota Fanning and CHarlie Bewley appeared in Eclipse; Michael Sheen, Jamie Campbell Bower and Christopher Heyerdahl sadly did not)

Based on these pictures I think they look fabulous - you?

CLICK FOR MORE BELOW FOR MANY MORE PHOTOS
More...

Now this photo... I am not entirely sure who and what is going on... but in the bottom of the photo is Stephenie Meyer.. SQUEE! 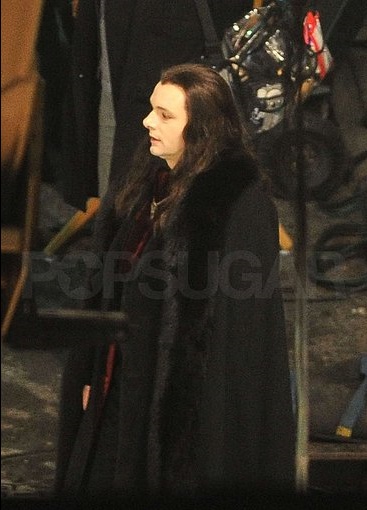 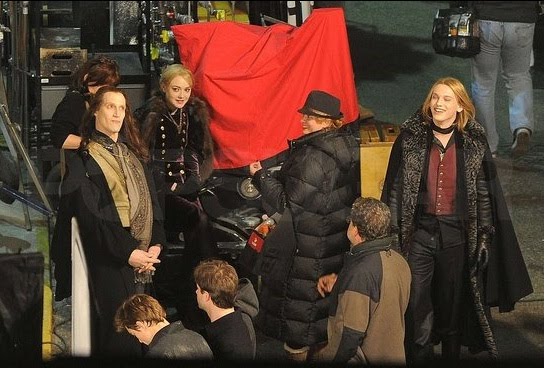 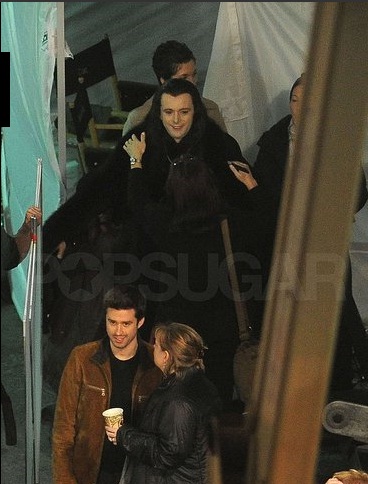 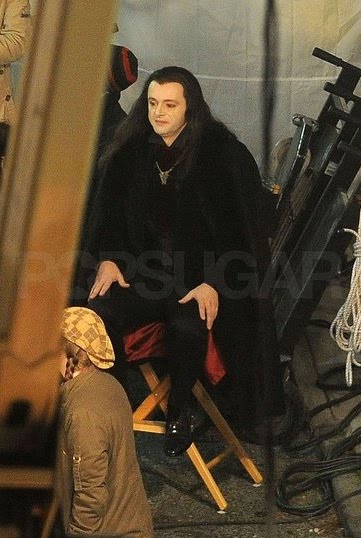 Love the kind spirit of our Twilight Castmates. Here are Peter, Nikki, Liz and Kellan at the CHildren's Hospital in Baton Rouge. 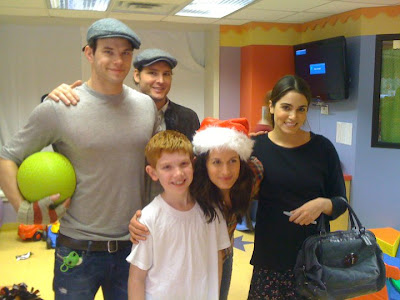 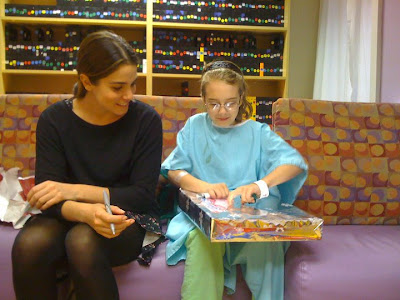 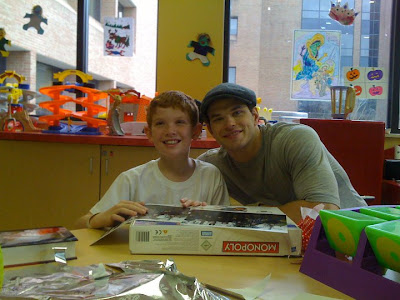 I didn't see this photo before.... 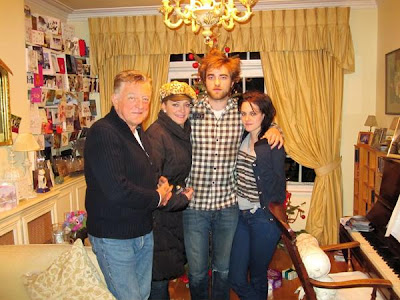 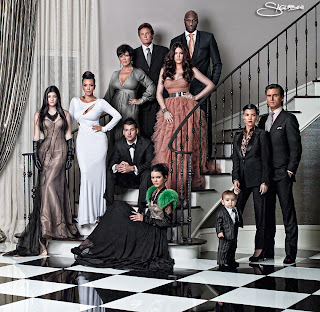 These guys are seriously strange!!!
Posted by Mandy's Mind at 1:25 PM No comments:

Apparently this is the screencap of Robert Pattinson as Jacob in Water for Elephants. I missed that I guess.... creepy-cool - still a hot old man non?

A new yummy man to stare at...and we'll be seeing him in On The Road as well!

"Kristen Stewart costars with Hedlund in the movie adaptation On the Road. "She was signed on to the movie before the first Twilight ever hit theaters," Hedlund said. "She's so good and she's so devoted. She's such an incredibly hard worker."


"Michael Sheen doesn't have a whole lot of screentime in TRON: LEGACY (at least not compared to Jeff Bridges, Garrett Hedlund and Olivia Wilde) but he makes the most of his time. He's arguably having the most fun on screen and his character is a thrill to watch as you try to figure out his motivations: is he here to help or harm our heroes?..." read the whole interview here.

Summit issued a release and to me the highlight was listing Ty Olsson as Phil Dwyer, Bella's step dad... That leaves Wendell Pierce as J.Jenks it would seem!?

Wonder why Matt Bushell is up to (original Phil)

This parody is pretty funny, they do a lot of hilarious ones on their youtube channel. 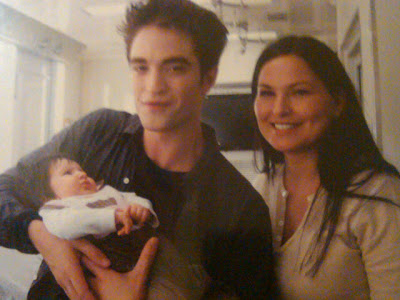 Seeing him with a baby gives me serious happy vibes.

Darren Criss did his entire Rolling Stone interview in acoustic song THEN he did 'Teenage Dream' and I just about died...... MUST WATCH

This is funny...Maybe because the cheerleaders seem more excited than Taylor.... which would support the TL is gay theory non? ha ha jk - kinda... awn he is adorable!

About killing of the Cullens. - These are just Alice's visions. "It is a VISION. It's a neat device to introduce some action into an otherwise static scene. You can't have a two-hour talk off in a movie. It would KILL it. For real."

"OK so the first person whose head comes off is Carlisle. In the vision. Then everything goes to sh-t and all kinds of dying happens. And Bella and Edward tagged team kill Aro."

Sarah (def not Lainey) "I want this. I want Edward's temper. Pattinson is most interesting to me when he's allowed to emote. So much of Edward is limited to whimpering and pleading and soulfoul looks. Please let him BE ANGRY. And throw some shit around."

"After Bella and Edward they die too.All these other people die too. Jane and her brother. Lots of deaths on both sides. Then Volcano guy snaps out of it, says he's sorry. And wolves die and NO ONE will care. I bet someone cheers, even. (In the audience). Everybody wakes up and lives happily ever after.

Daddy Moments for Robward.
On a happier note. Lainey said "The script calls for a lot of daddy moments."

Some funny stuff from Melissa Rosenberg.
"And Breaking Dawn, as terrible as the book was...it doesn't sound bad. Like I am actually interested in seeing some of this. Especially in part 2. All the good stuff is in part 2."
"And Rosenberg, for all the sh*t you people shovel on her, she knows these actors now and she wrote some good lines for her people. Funny stuff."

Stuff they said about Bill Condon and David Slade.
"I hear everyone on set is happier now than they were by the end of 2009. More relaxed, gelling better with the director, Condon is way into it. Everyone likes coming in each morning--that makes a difference."

Slade liked some members more than others.
"Slade got a bad deal. Basically it went, "Yes yes we love it! We love you and your vision! Go do it!" Then is was, "No don't do that, we hate that, don't change that, don't go there, leave this, more this..." It wore him down. And he didn't get on with everyone. That's a big cast and Slade isn't a people pleaser. Tension happens. Oh well. Condon seems to be dealing better"


Source: Lainey Gossip
Thanks to:RobStenation
VIA: TwiFans
Posted by Mandy's Mind at 9:58 AM No comments:

Very Cool - Robert Pattinson at the same party as Alex Skarsgård - - mmm vamp dreams.... They were filming at the same studio and Rob is friends with director of Battleship, Peter Berg, so it isn't shocking he attended. I remember seeing the battleship being built when I was there in October. So CooL!

Zac Efron & Kellan Lutz with young fans.... there is a problem here

Why does Zefron's arm look biiger than Kellan's? and why does his head look so small compared to his body?

These are the big issues people?

I had a number of people tweet me upset that Life Unexpected was cancelled. I can't for thelife of me find confirmation that it officially has been, just a lot of rumours that it likely will be.


I couldn't find the tweet this article is refering to:

"Life Unexpected" creator Liz Tigelaar confirmed via Twitter that the show's final two episodes will air back-to-back Jan. 18. When a fan inquired about the short, 13-episode second season, she wrote "it's called being canceled, which sucks!"

I know that it is probably too late and that there is nothing we can do - but I REALLLLY hope to save Life Unexpected! But How? It is decided based on money and ratings. If that is the case then this weeks episode should prove the show is worthy...

This week, Life Unexpected had an 'unexpected' rating boost with it's highest this season:

TV by the Numbers wrote:

I had to say this week's episode was one of the most emotional and moving shows yet. Britt Robertson delivered an amazing performance on the stand.. I espeically enjoyed the writing of the scene where LUX says something along the lines of "Most girls in junior high have their first kiss playing spin the bottle" GAH! I was bawling!!!

Maybe it is too little too late, but I want to see where things go with these characters I have become so connected to.

Can we write CW and riot can't we?
The icing on the cake is that the complete season on dvd has now become BOTH seasons on dvd... seeming to seal the deal on a third season.

According to the site TVShowsonDVD.com, Warner Home Video just announced the April 5 DVD release of 'Life Unexpected: The Complete Series.' The six-disc set will reportedly include every episode from both seasons, two featurettes, deleted scenes and a gag reel.

Additionally, CBS has a lead role for Kristoffer Polaha in an upcoming new show and it just all seems to lead to no more LUX :(

I am not happy.... I rally enjoy this show and hope other fans will help try and keep the show... somehow, someway...

This can't be the end!

We saw the photos of the beautiful honeymoon home used for Breaking Dawn, now we get moreinformation on the location and the architecture.


Architectural Digest has a fantastic photo spread and story on the house that served as the Isle Esme location. According to AD, “Halfway between São Paulo and Rio de Janeiro, off the BR-101 highway, lies a corner of Brazil bounded by forested mountains that edge their way down to the sea. The Saco do Mamanguá, a tropical fjord, cuts between the mainland and the peninsula of Juatinga, where ridges approaching 1,600 feet frame a narrow bay; this pristine spot is where businessman Ícaro Fernandes, his wife, Cristina, and their five children, ranging in age from three to 24, come to trade life in the urban jungle of São Paulo for waterskiing and dolphin-watching. On weekends, the clan braves São Paulo’s notorious traffic to make the nearly three-hour drive to the colonial town of Paraty, where they hop onto a speedboat for the short ride to their beachfront home. ”

The Breaking Dawn cast got some much deserved free time out in Baton Rouge, La., recently, hitting up Fleming's Prime Steakhouse and Wine Bar.


"It was a lot of the cast and crew," a source who was also at the restaurant confirms to E!. "They were in the private back room and seemed in great spirits. Everyone had a really great time."


This obviously included Robert and Kristen, who make no effort to hide their relaysh these days.


"They were sitting down and talking together most of the dinner," dishes our insider who snooped at what was taking place in the private digs. "Wherever Kristen was, he was, and visa-versa."


"[Rob and Kristen] were holding hands at some point, and when they got up to mingle with everyone for a bit he kept his hand on her back," adds the source. "They were really cute. And no one in attendance seemed surprised at their affection."


Jeez, maybe that's because Robsten was so on the moment they first met while making on out Catherine Hardwicke's bed!

With each movie the couple has become increasingly more public with their romance, aside from blabbing about it in the media of course.

And since we have been lucky enough to witness such cuddlefests before, we're sure this dinner was no different.

Love it, or love it?