With news of Robert Pattinson's new projects The Rover and Mission: Blacklist... the fan art and manips are coming out and making me giggle. I love it! The Rover: Another new project for Robert Pattinson 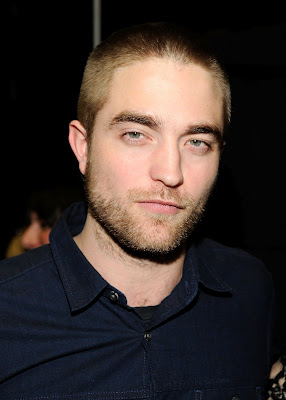 
Robert Pattinson has been cast as one of the leads in David Michod’s The Rover. The film chronicles a man who relentless pursues a gang who stole his car through the wild and rough Australian outback of the near future. Pattinson, best known for playing Edward in the Twilight franchise, will play Reynolds, the brother of one of the thieves who is left behind when an encounter with the police goes very wrong. Guy Pearce co-stars in the film as the man in search of his car. David Linde’s Lava Bear and Liz Watts’ Porchlight are producing the film. Pattinson was just attached to star in Jean-Stephane Sauvaire’s Mission Blacklist, and he also toplines the David Cronenberg-directed Cosmopolis that is in competition at this month’s Cannes Film Festival.

Luckily the local photogs got shots for us fans of the couple arriving and now leaving Vancouver. What I don't understand is why they returned to Vancouver for re-shoots if they only used studio. They used Louisiana studios for original filming and Vancouver was mostly exteriors in Squamish and Coquitlam. So... why return here for just studios when they have plenty in L.A.

I don't know what was shot, or where they shot (besides studio) but given the short time frame, I don't think they would have stayed at a Vancouver hotel and trekked out to Squamish each day.... and I didn't see anything unusual on Coquitlam.... hmmmm....

Anyways, here are various shots of Rob and Kristen leaving YVR/Vancouver. *sigh* it is REALLY over....

[Source: LaineyGossip, PunkD_Images, Here]
Posted by Mandy's Mind at 11:34 AM No comments: 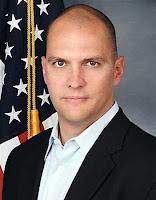 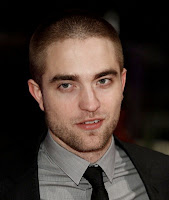 Is this the reason behind Rob's new buzz cut hair and curious trip to Washington DC? Who knows, but it seems to fit in with his new role in a movie I probably would never watch, except that Robert Pattinson is in it... do you think Rob can pull off an action thriller?


Robert Pattinson will star in “Mission: Blacklist,” a psychological thriller to be directed by Jean-Stephane Sauvaire that will be shopped at Cannes.

The film is based on the novel "Mission: Black List #1," which was written by a man intimately involved in the capture of Saddam Hussein, military interrogator Eric Maddox.

Here is the real Eric Maddox talking about the real story:

Email ThisBlogThis!Share to TwitterShare to FacebookShare to Pinterest
Labels: behind the scenes, kristen stewart, swath

Here are her choices.... Some good looking fella's
Charlie, 32, Recruiter

What do you think?

I have read Reality Steve Spoilers so I know the final 3 men... *IF* I didn't I would say my picks based on "photo/age/job" only would be:

Arie - He is a race car driver, like Emily's ex and "true love" plus he is so pretty!
Nate, Sean, Chris, Aaron, Travis are all good looking. I like that Aaron is a teacher, though older than the other guys. Travis is hot! So is Sean! Yummy! Chris has a look I like, though not conventionally hot like Travis and Sean. Nate is more pretty boy - gah - they are all delicious to look at HA!

Jef (one f) has weird hair, but is otherwise cute.

Stevie, a party MC? Emily has a daughter and I don't think she would be into that... just saying.
Ron looks to jacked up

I can't wait to see their personalities, at which time I will re-rank/comment..... though it is based on the editing of each person - but whatever!

I can't wait to watch this season! 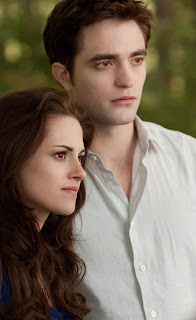 When these types of "news sources" report things I am always hesitant to believe, or even blog/link.

Who is their "insider" and how "inside" do you have to be to figure out there may be some "kissing" in the reshoots?

Additionally, Bill Condon said he wanted to tighten up some shots, and given who is in town,w e can assume some of that is battle....

call me cynical but this article did very little for me - ha - even so, here you have it, "insiders report on reshoots"

Rob and Kristen are filming new Edward and Bella kissing scenes for ‘Breaking Dawn, Part 2,’ a source tells HollywoodLife.com EXCLUSIVELY! Read on for more details about what they’ll be doing!
Robert Pattinson and Kristen Stewart will be packing on the PDA during the Twilight re-shoots happening right now in Vancouver, sources close to the shoot tell HollywoodLife.com exclusively.
“Its certain that Kristen and Rob will be kissing during the reshoots,” our source says.

Sounds like such tough work for a couple who are so deeply in love! Shooting will be devoted to romance and action — which is what we’re looking forward to most!


Plus, Twilight director Bill Condon wants to tighten up some action scenes that during the editing process really haven’t been as completed as he had hoped. He wants to make sure he has enough footage to edit around an R rating.

That comes as no surprise since Bella and Edward will be having LOTS of hot vampire sex in the new film! After all, they already had a tough time getting an R rating for Breaking Dawn, Part 1.

Who can forget that steamy honeymoon sex scene?!

The actors will also be recording their voices and filming various reaction shots, our source says.

Kristen, 22, will be doing most of the work while reshoots occur. The film still has a lot of work to be done to it and may be edited on up until the film hits theaters November 16.


What do YOU think, HollywoodLifers? Are you excited to see Rob and Kristen get to kiss during the Breaking Dawn, Part 2 reshoots?
– Reporting by Russ Weakland
Posted by Mandy's Mind at 6:28 PM No comments:

The one I wanted to meet this time around was Michael Sheen. I had planned to go to the airport tonight after work to try, but unfortunately his flight was earlier than I had first heard and I wasn't able to make it because I was still at work... boo! Of course, he stopped for people to sign.... I could have got a photo, if only Real Life allowed it... *le sigh* Filming continues the next few days for Kristen, Rob and Ashley... and maybe some other cast in town or on their way?

[Photo Source]
Posted by Mandy's Mind at 5:21 PM No comments:

Yesterday twitter was a flitter (is that a word?) with Twilight Fans hashtagging their hate for MTV.

As a Canadian who thinks MTV hates Canada (can't watch their videos here) I was curious what had happened. The responses I got were that MTV *ONLY* nominated Twilight for best kiss and best movie.... ok... huh?

So here is a thought... who cares?

We all love Twilight, we know if nominated it would sweep, but honestly, is an MTV Movie award so prestigious that we need every category nominated and won? For serious folks?!?!

I am not offended by this, there *ARE* other movies that exsist... *shocker* and although I have enjoyed the MTV/Twilight awards in the past, I am ok with recognizing other flicks... and yes that includes making way for the new Hunger Games.

I don't know if they will go with a Harry Potter Sweep as a final good-bye or a Hunger Games sweep as a big push/welcome.... You never know.... but it is rarely spread out evenly ha ha!

*This is hard. I loved all these movies, but it is Harry Potter's last shot - they should win!!! I also thought The Help was an amazing movie. But of course I have an undying love for BD1 and Hunger Games, but they both have more chances.... anyways - Harry Potter.
Best Male Performance
» Daniel Radcliffe, "Harry Potter and the Deathly Hallows, Part 2"
» Ryan Gosling, "Drive"
» Joseph Gordon-Levitt, "50/50"
» Josh Hutcherson, "The Hunger Games"
» Channing Tatum, "The Vow"

*Channing is my man, I always choose him. But I also LOVE Ryan Gosling #2 after Channing so this is tough. Again, HP's last shot so Daniel coudl take it. Lastly, or maybe it should have been firstly, I LOVE Josh. Man, this is tough!
Best Female Performance
» Jennifer Lawrence, "The Hunger Games"
» Kristin Wiig, "Bridesmaids"
» Emma Stone, "Crazy, Stupid Love"
» Emma Watson, "Harry Potter and the Deathly Hallows, Part 2"
» Rooney Mara, "The Girl With the Dragon Tattoo"

*Rooney was amazing. These are all great nominees, but I have a girlcrush on Emma Stone, so I have to pick her. Again with HP over, I feel like they may take it all home, then again, maybe Hunger Games will take it all as the "new comer" - I don't know but I do feel it is rigged for publicity.
Best Comedic Performance
» Kristen Wiig, "Bridesmaids"
» Zach Galifianakis, "The Hangover Part II"
» Jonah Hill, "21 Jump Street"
» Oliver Cooper, "Project X"

*Gotta go with 21 and Chan's buddy Jonah. Though Kristen Wiig is like the most hilarious actress and I would love to see a female take this....
Breakthrough Performance
» Melissa McCarthy, "Bridesmaids"
» Rooney Mara, "The Girl With the Dragon Tattoo"
» Liam Hemsworth, "The Hunger Games"
» Elle Fanning, "Super 8"
» Shailene Woodley, "The Descendants"

*omg this is tough too - I loved Melissa McCarthy, and Liam is dreamy, but I have to fo with Rooney - she ROCKED that role!
Best Cast
» "Bridesmaids"
» "Harry Potter and the Deathly Hallows, Part 2"
» "The Hunger Games"
» "21 Jump Street"
» "The Help"

*Again, I want to say HP or HG but because of my loyalty to Channing I pick him - always! Then Emma stone (Help) but I guess based on MTV Hunger Games will win (or HP - again as I have said, depending on if they are going for the big bang goodbye HP or the big band welcome HG)
Best On-Screen Transformation
» Elizabeth Banks, "The Hunger Games"
» Rooney Mara, "The Girl With the Dragon Tattoo"
» Johnny Depp, "21 Jump Street"
» Michelle Williams, "My Week With Marilyn"
» Colin Farrell, "Horrible Bosses

*This one I don't choose Channing, I don't want to see them kidd on stage... I already saw McAdams do that with Ryan Gosling (My #2) when he was wearing his Darfur tee and they re-enacted the running kiss from Notebook - heavenly.... That being said, seeing Ryan Gosling and Emma Stone do it would be amazing - especially with McAdams watching, remembering what she used to have... though isn't she still with Michael Sheen? anyways.... I vote Rob & Kristen - of course - and pray they finally effin' actually just kiss - seriously? Grow up and do it! No more games! I almost don't want them to win because I don't want to ensure another stupid antic.
Best Gut-Wrenching Performance
» "Bridesmaids" (Kristen Wiig, Maya Rudolph, Rose Byrne, Melissa McCarthy, Wendi McClendon-Covey and Ellie Kemper)
» "The Help" (Bryce Dallas Howard)
» "21 Jump Street" (Jonah Hill and Rob Riggle)
» "Drive" (Ryan Gosling)
» "Mission: Impossible - Ghost Protocol" (Tom Cruise)
Best On-Screen Dirt Bag
» Bryce Dallas Howard, "The Help"
» Jon Hamm, "Bridesmaids"
» Jennifer Aniston, "Horrible Bosses"
» Colin Farrell, "Horrible Bosses"
» Oliver Cooper, "Project X"

What are your predictions? I could be way off - I think where I will be wrong is where I went Hunger Games or Harry Potter and it's the opposite....
Posted by Mandy's Mind at 8:02 AM No comments:

Demi Lovato is currently in “final negotiations” to join the FOX competition series, according to THR.
Lovato would join season 1 holdovers Simon Cowell and L.A. Reid, and possibly Britney Spears, who is said to be close to striking her own deal.

Here are some more photos and videos from the Vancouver airport (YVR) yesterday as Robert Pattinson and Kristen Stewart arrived. also arriving yesterday was Michael Sheen and Ashley Greene. I want to meet Michael Sheen... and I still do not haev a pic with Ashley Greene, but whatevs 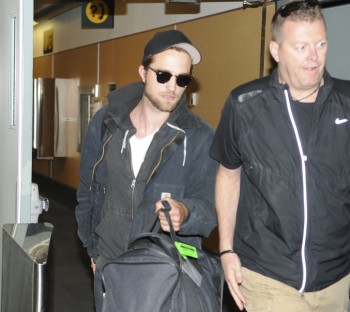 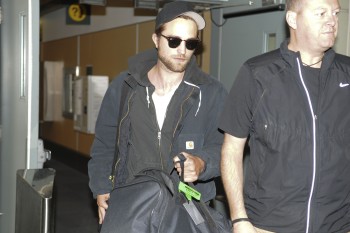 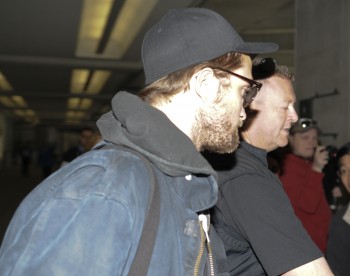