2013 another year for Channing Tatum? 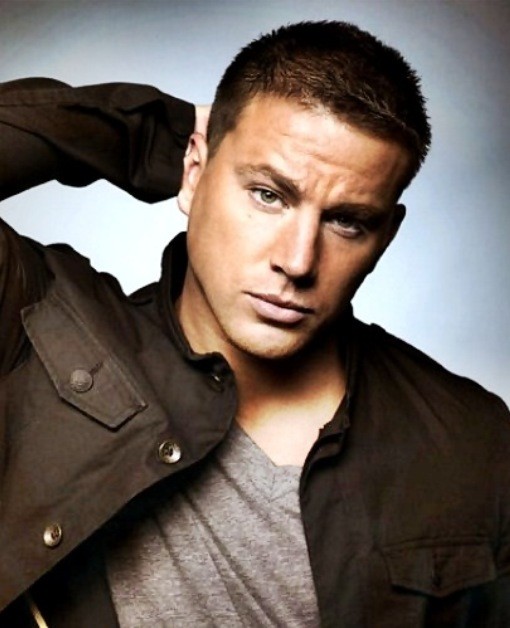 Last year i wrote that I would meet Channing Tatum in 2012 and I did!
[read story here]

It was a lot of planning and hoping and luck... I had planned to go to SNL but couldn't, then to The Vow premiere, but didn't, finally I was in LA for Hunger Games and caught the 21 Jump Street premiere and after party and also Jay Leno and Jimmy Kimmel - EPIC!

Now, I want more... never enough Channing.... 2013 looks like a good year for him again... I mean he was voted sexiest man alive (rightfully so, I have said so for years!) and is up for nominations for some of awards season.... but besides all that, 2013 is more movies... I can NOT wait~!

First of all, Upcoming movies:

New movies means movie premieres, maybe I can score a cheap flight down to LA for one of these upcoming movies....

Finally, this movie was pushed back at least two times I can recall and it is one of the Channing Tatum movies my husband won't complain about going to see. Channing returns to his role as Duke and I am sure will be looking good while kicking ass.

This movie looks amazing. Plus Channing is in it so I will love it for sure. The same people who did Contagion which creeped me out, this one looks less gross and more psyho-thriller.

This movie recently wrapped filming and is post-production. There was a clip from "behind the scenes" that i posted here. Man, I love Channing in action, he is just so rawr!

Fox Catcher
Is filming now and schedule for late 2013. I wish I could go to PA. to set stalk ha ha. Just Jared posted pics the other day on set and writes:

The Contortionist's Handbook
There is no date for this yet, but it has been mentioned for over a year, so I am anxious to get more information on this. The Wrap writes:

Tatum will play John Vincent, a young man born with an extra finger on one hand, whose disfigurement leads to an interest in sleight-of-hand. Escaping his troubled past, John grows up to be a drug-addicted forger whose strict code of conduct keeps him from getting caught while assuming various identities. He begins to break his own rules when he falls for a beautiful woman with her own dark secret.

This is scheduled on IMDB for 2014, but we all know how reliable IMDB can be ha ha I knwo nothing about this except that the siblings (Wachowskis) who did Cloud Atlas are set to film it in early 2013 and it will be 3D. It sounds like a crazy film, but Channing Tatum in 3D has be there in a heart beat! Movieline writes:

Jupiter Ascending is set in a universe where humans are quite low in the evolutionary hierarchy. There, Mila Kunis plays an immigrant cleaning lady who is targeted for assassination by the Queen of the Universe because she possesses the same genetic make-up and therefore poses a threat to the Queen's rule. Sounds like a very specific variation on the Engineers hatred of the human race in Prometheus, no?

Word is Channing Tatum plays a bounty hunter sent to eliminate Kunis' character, who instead falls in love with her. Just guessing here, but I bet that means more bounty hunters are dispatched to track down the lovebirds.


So there we have it, another year (or two) of busy Channing Tatum. He will be lonely away from his wife... maybe I can go visit him for a weekend?!?! ;) I am just kidding (unless you gonna do it) haha

He also opened his new resturant in New Orleans, which is a city I love so I must plan a visit there soon and preferably on a weekend he is there... tee hee!

So much Channing love