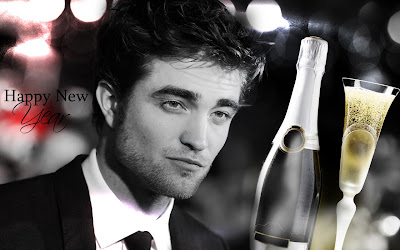 Ask Here and I will answer. The Q&A will show up in my twitter feed

I try to do a few questions every couple days - so keep the questions coming :)

5 ways to get a Twi_laugh at your NYE Party 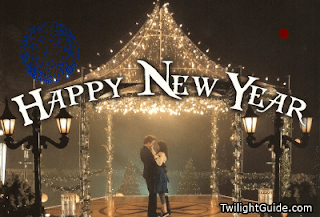 5 ways to get a Twi_laugh at your NYE Party

1. At the stoke of midnight reach in your purse and pull out your Pocket Edward, planting a big ol' kiss on his plastic perfection! Then turn to your friends and declair him your date for 2010.

2. At some point, with champaign bottle in hand, address said bottle by saying "The mood swings you cause are beginning to give me whiplash!"

3. Just for kicks, wear one amber contact and when asked what's wrong with your eyes, respond with "Edward didn't get the job done, saying New Years Eve was just one more human experience I still needed!"

4. Order a Bloody Mary by saying, "Bloody Mary please. Heavy on the blood, and leave out the Mary. **Pause** I'm on the Cullen diet!"

5. Start your New years toast by saying, "Happy New Year, and in the words of Edwad Cullen, know you are all exactly my brand of heroin!"

Rob's chipped tooth via flossing proves how hygenic he truly is.... ? Sure, he looks foul-smelling, but would you believe Twilight star Robert Pattinson is really "incredibly hygienic"? So hygienic, in fact, that he's a threat to himself and his teeth? It's true, claims his Eclipse co-star Bryce Dallas Howard! When we ran into her at the recent New York premiere of her new movie, the Tennessee Williams–scripted The Loss of a Teardrop Diamond (out today), she told us about her first brush with Rob: "I actually came out to him that I was totally nervous about [meeting him]," said Howard, who will replace Rachelle Lafevre as evil vampire Victoria in next year's Twilight 3. "He’s such a sweet young man, and there’s such a distinctive difference between him and Edward Cullen. He does such a wonderful job embodying that character, and bringing that character to life. But when you meet him, he’s such a down-to-earth, humble person, you feel bad freaking out around him."

Dakota Fanning and friends out at the movies 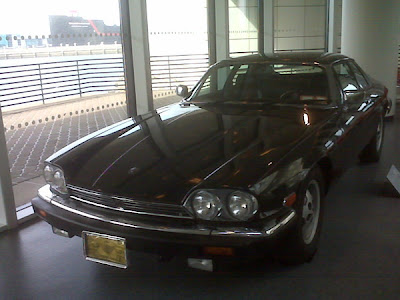 Joan Jett's first car, a 1983 Jaguar XJ-S, arrived and is on exhibit as of today here at the Museum (Rock and Roll Hall of Fame)! [source]

Anna Kendrick on the cover with George Clooney

Email ThisBlogThis!Share to TwitterShare to FacebookShare to Pinterest
Labels: anna kendrick, george clooney, golden globes, magazine, up in the air 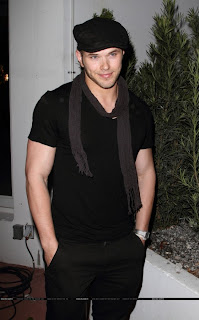 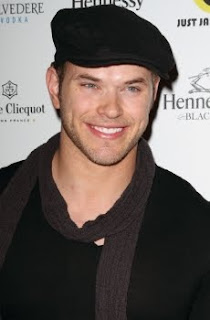 You can check out the rest of the pics over at Breaking-Dawn.fr!


In case there was any doubt, the results of our 2009 year-end movies poll are here to remind you that moviegoers loved (sometimes to the point of obsession) 'The Twilight Saga: New Moon' -- so much so that the film took home a pack-leading four awards, including Best Movie of the Year.

What was the best movie of the year?

What was the worst movie of the year?

What was the funniest movie?

Who was the best scene stealer?


What was the best chick flick?

Who was the year's sexiest male star?

Who was the male breakout star of the year?

Who was the female breakout star of the year?

Which 2010 movie are you most excited to see?

[See all results at source]

Dakota Fanning at the gym - photos

Dakota Fanning hits the gym with Alessandra Garcia-Lorido (Dec 29, 2009)according to TwiFans

Each day until 2010, @Twilight will ask its followers to tweet about something Twilight-related.

Don't forget - each tweet should be sent to @Twilight and marked with #NewYearsCountdown to get the topic trending! 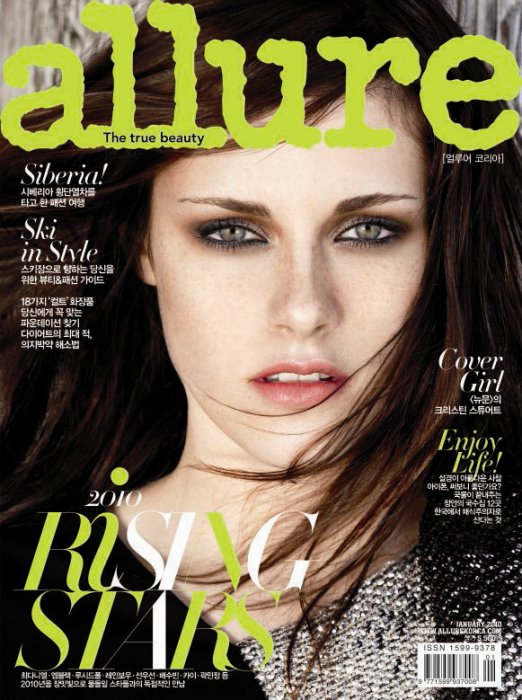 See more of these INF Photos at TwiFans

Has Taylor & Taylor split up?

GossipCop is reporting that "Taylor Squared" has broken up.....

The couple, who met on the set of the movie “Valentine’s Day,” began dating a little more than three months ago, but “it just wasn’t happening,” a Swift source tells Gossip Cop.

The insider added, “They met, they liked each other, went out a few times, but the media made a bigger deal of it than it was because they’re young and attractive.”

And while the two Taylors each jokingly acknowledged their budding relationship when hosting “Saturday Night Live,” it was never a whirlwind romance. The source described it as two young people going on a few (well-documented) dates, but it never materializing into anything more serious.

The break-up, says the insider, was “not big or dramatic,” nor was the romance “contrived,” as an Us Weekly source termed it.

“It just wasn’t happening,” reiterated the source, who said the two stars are still “going to be friends.”

Mandy's Mind - This is so funny, because no one truly was convinved it was a long term relationship or a true relationship at all. I hoped it was, they are so cute together... but I kept going back to the facts.. She is 20 he is 17, he allegedly dated her bff Selena Gomez, their outings were very public and even though they went for dinner a few times, they were never seen "close" except in filming. Who knows if they were an item, and if they were, who knows if they truly aren't now... either way - I adore them both.. together or apart.

"It wasn't really developing into anything, and wasn't going to, so they decided they were better as friends," a source close to Swift, 20, tells Us. "There was no chemistry."

The pair -- who met on the set of the romantic comedy Valentine's Day -- first sparked rumors of a romance when she hugged him at her October 9 concert in Rosemont, Illinois. They have since been spotted on several wholesome dates -- like their frozen yogurt date at Menchie's alongside Swift's mom earlier this month -- and have each coyly alluded to their relationship on separate Saturday Night Live hosting gigs.

However, the relationship officially fizzled when Lautner, 17, flew to Nashville for Swift's birthday party on Dec. 13, a friend of the singer reveals.

"He liked her more than she liked him," the source tells Us. "He went everywhere he could to see her, but she didn't travel much to see him."

Lucky for Lautner, the split won't inspire angry songs like those written about ex Joe Jonas -- who dumped Swift during a 27-second phone call in 2008.

"They plan to stay friends," the source says.

In fact, Swift -- whose friend says she is a "hopeless romantic" who "wants everything she writes about" in her songs -- will likely reunite with the Twilight hunk when they begin promoting Valentine's Day, out Feb. 12.

Swift's rep had no comment. Lautner's rep could not be reached.

They didn’t exactly get a lot of screen time, so in case you blinked and missed it, here are some stills of Giana (played by Justine Wachsberger who also played in Summit's "Sorority Row"...Wachsberger... doesn't that last name sound familiar? ;) heh heh ) and Heidi (played by Noot Seear ). I think Heidi looked great as the human bait :)

Robert Pattinson out with sister Lizzy in London today. 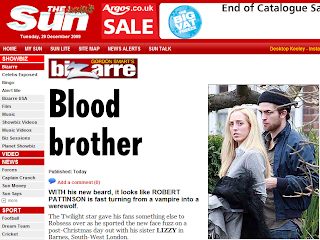 WITH his new beard, it looks like ROBERT PATTINSON is fast turning from a vampire into a werewolf.
The Twilight star gave his fans something else to Robsess over as he sported the new face fuzz on a post-Christmas day out with his sister LIZZY in Barnes, South-West London.

RPatz once admitted that until he was 12 his sis used to dress him up as a girl and introduce him to pals as Claudia.

He said: "Twelve was a turning point as I moved to a mixed school and then I became cool and discovered hair gel."


Mandy's Mind - at least it's trimmed a bit, his facial hair was taking an unkempt, out of control, messy turn for the worse last I saw him photographed in L.A.

Something tangled so badly it had to be cut out - ha ha - anyways, THIS facial hair I can handle, the icky over grown one he WAS sporting... not.so.much.

Speak - Behind the Scenes Video 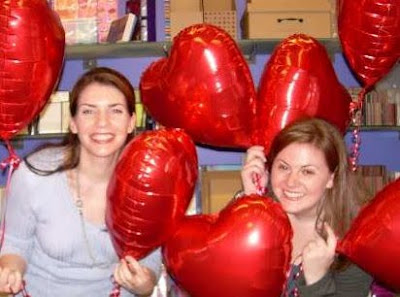 I hope you all are enjoying your holidays! Just a quick update about a book—arriving in bookstores tomorrow!—that I’m very excited about: The Lonely Hearts Club by Elizabeth Eulberg. If you’ve ever been out to one of my signings, chances are you’ve already met this debut author. If you haven’t, but you’ve read the acknowledgements in any of my books, you’ve been introduced to her there. Elizabeth has been the publicist for my books from the very beginning, and has (clearly) done an amazing job. She’s also worked with scads of other YA authors. Now her own YA novel is coming out and I’m so proud of her. Well done, Lizzy! I look forward to reading more from you soon!

So Catherine has become obsolete since New Moon came out.... her last attempt to hold on to the fame wave was her "outing" Robsten on tabloid television shows.... but now, clever lady, has discovered a new money-making fame wave to ride... well... same wave (Twilight) different approach.... the director's notebook... I can't wait to see what she includes... and to see it in English.... here's some sneak peak's 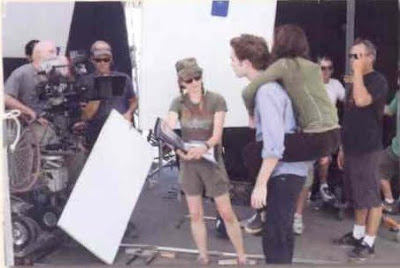 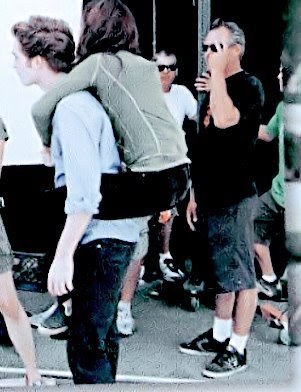 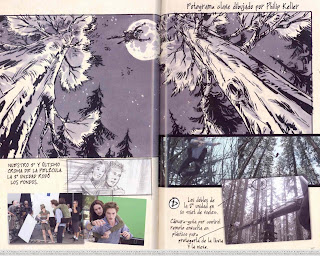 Golden Globe Nom's for Up in the Air 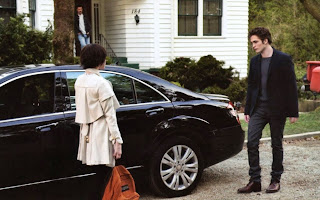 This shot is a peak at things to come from dvd extras.... apparently from after they return from Italy.... I really can't even wait for the dvd to come out...

I think @maliciousmandy1 should be included ;) tee hee Summit had already told me I've been naughty this year and I would very much love to tell them how much Twilight fans love the naughtiness that is full disclosure and gossip.... not just "approved, edited & sugar coated b.s."

So tweet @twilight and tell em your fave Twilight Blogs include me if you like reading... I plan to tweet my faves... besides myself ;) ha .... Amongst mine (in no particular order):

Christian tweeted this photo of her mom and her:

It's strange, she looks so different, but so the same... she's deffo grown and matured so much, become more jaded even... can't blame her though, I mean, she's in the eye of the Twilight Storm, calm and quiet as long as she stays there, but as soon as she steps out - complete chaos... I feel bad for her sometimes... but at the same time, as she always says, actresses WANT to make movies people want to see... somehow I don't think she ever imagined this kind of life... enjoy the ride Kristen... <3 You're handling it better than most 19 year olds!