We saw recently that Kristen Stewart got a tattoo (turns out more than one) There were a lot of people speculating over what the tattoo may be of, well, now we know... 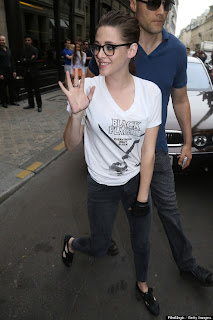 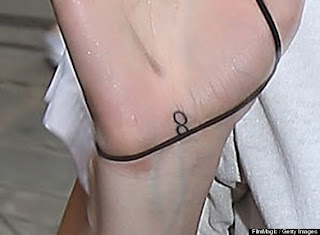 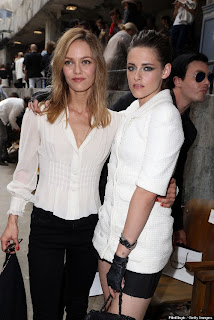 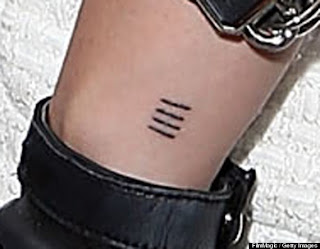 Here is the info from when she got the tat on a road trip with friends: http://www.huffingtonpost.com/2013/06/24/kristen-stewart-tattoo_n_3491368.html?utm_hp_ref=kristen-stewart 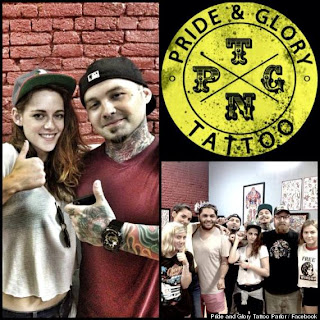 Looks like an infinity sign on one wrist and 4 lines on the other... what do you think the significance is? They are pretty small, simple, but I like them... I actually thought about an infinity sign tat in the past, but went for a more complex design....


I am obsessed with R & J, I love Baz Luhrmann's version with Leonardo Diaprio and Claire Danes.TUrns out Hailee had some say in who her Romeo would be.


Movie is scheduled for UK release this month, Canada release in September and US release in October.

Divergent SDCC Booth - What swag can I score?

I can't wait for SDCC - the official schedule comes out tomorrow, but there are bits and pieces that have already been announced by various blogs and production companies....


Convention Floor Booth – Summit Entertainment’s booth located within the Grand Hall will highlight DIVERGENT. Exclusive premium promotional items (below) will be distributed to the attendees walking the convention floor and cast members will sign autographs for booth visitors.

I can't wait to get some of this swag.... I remember how insane it was last year trying to get stuff... I just really want a complete set of everything - wish me luck!


Via: http://trisandfour.com/2013/07/02/preview-of-the-divergent-swag-to-be-at-comic-con/ and  http://pagetopremiere.com/2013/07/what-will-you-get-if-you-visit-the-comic-con-divergent-booth-we-have-images-of-all-the-promotional-items/
Posted by Mandy's Mind at 1:14 PM No comments:

I am a late bloomer, I guess. I just read Divergent and I am obsessed! So good! I am in love with Four... Tobias... gah~!

I will def. be checking this panel out!

Summit Entertainment will showcase the film adaption of the #1 New York Times best-selling novel, DIVERGENT at Comic-Con 2013.
Hall H Panel - The studio’s panel on Thursday, July 18th will feature the first footage ever seen of the futuristic thriller and a Q&A with DIVERGENT’S filmmakers and cast, including novelist Veronica Roth, director Neil Burger, and cast members Shailene Woodley, Theo James, Miles Teller, Maggie Q, Ansel Elgort, Mekhi Phifer, Ben Lamb, Ben Lloyd-Hughes and Christian Madsen.
Convention Floor Booth - Summit Entertainment’s booth located within the Grand Hall will highlight DIVERGENT. Exclusive premium promotional items will be distributed to the attendees walking the convention floor and cast members will sign autographs for booth visitors.
DIVERGENT Film Information:
Based on Veronica Roth’s #1 New York Times best-selling novel, DIVERGENT is a thrilling action adventure set in a future world where people are divided into distinct factions based on their personalities. Tris Prior (Shailene Woodley) is warned she is “divergent” and will never fit into any one group. When she discovers a conspiracy to destroy all divergents, she must find out what makes being different so dangerous before it’s too late.
Directed by Neil Burger from a script by Vanessa Taylor. Doug Wick and Lucy Fisher are producing the project via their Red Wagon Entertainment banner along with Pouya Shahbazian. Red Wagon’s Rachel Shane is executive producing.The film will be released domestically on March 21, 2014
Posted by Mandy's Mind at 3:58 PM No comments: