I could watch MTVs gif over and over again
Posted by Mandy's Mind at 12:44 AM No comments: 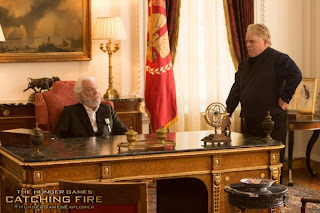 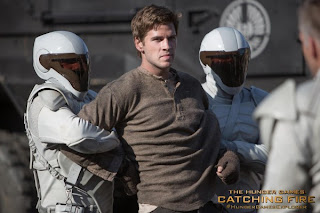 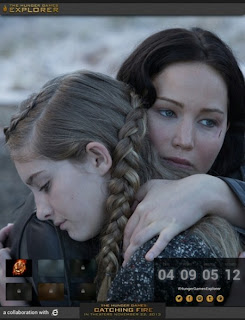 Tris' mom will be played by Ashley Judd

I love Ashley Judd (I totally just wrote Ashley Greene, I don't love her... nor would she play Tris' mom in Divergent ha ha)

Ashley Judd has nabbed one of the last major roles in Divergent, Summit/Lionsgate’s adaptation of the best-selling book by Veronica Roth.
The movie began shooting earlier this week in Chicago with Neil Burger in the director’s chair.

Read more at source: http://www.hollywoodreporter.com/heat-vision/ashley-judd-joins-divergent-438741
Posted by Mandy's Mind at 12:22 AM No comments:

Not sure any R&J remake will EVER top Leonardo DiCaprio and Claire Danes.... but I will see this because I am Shakespeare OBSESSED!!

Such a great read...

I can think of a few people who's blog and life I stopped looking at because I was sick of the "fakeness" I can imagine some people think I have (or had) a glamourous life meeting celebrities (people have said they envy me) but the reality is, my life is not just celebrity meeting, it is an empty bank account because of trying to do more than I can, it's a messy house and a rollercoaster of ups and downs.

I have a friend who posts all her awesome experiences and I know personally that isn't her life... but it is her portrayal of life and for the strangers on the internet, I am sure it is great.

Anyhow, internet allows us to share a part of us and like a first date, you often only show the good side, the best side, a part of you and this can create a world that isn't intouch with reality...

I keep having the same conversation over and over. It starts like this: “I gave up Facebook for Lent, and I realized I’m a lot happier without it.” Or like this, “Pinterest makes me hate my house.” Or like this: “I stopped following a friend on Instagram, and now that I don’t see nonstop snapshots of her perfect life, I like her better.”


Yikes. This is a thing. This is coming up in conversation after conversation. The danger of the internet is that it’s very very easy to tell partial truths—to show the fabulous meal but not the mess to clean up afterward. To display the smiling couple-shot, but not the fight you had three days ago. To offer up the sparkly milestones but not the spiraling meltdowns.

Because community—the rich kind, the transforming kind, the valuable and difficult kind—doesn’t happen in partial truths and well-edited photo collections on Instagram. Community happens when we hear each other’s actual voices, when we enter one another’s actual homes, with actual messes, around actual tables telling stories that ramble on beyond 140 pithy characters.

But seeing the best possible, often-unrealistic, half-truth version of other peoples’ lives isn’t the only danger of the Internet. Our envy buttons also get pushed because we rarely check Facebook when we’re having our own peak experiences. We check it when we’re bored and when we’re lonely, and it intensifies that boredom and loneliness.

When you’re laughing at a meal with friends, are you scrolling through Pinterest? When you’re in labor with your much-prayed-for-deeply-loved child, are you checking to see what’s happening on Instagram? Of course not. We check in with our phones when it seems like nothing fun is happening in our own lives—when we’re getting our oil changed or waiting for the coffee to brew.

It makes sense, then, that anyone else’s fun or beauty or sparkle gets under our skin. It magnifies our own dissatisfaction with that moment. When you’re waiting for your coffee to brew, the majority of your friends probably aren’t doing anything any more special.

Wet Paint has shared some spoilers for the upcoming season of True Blood... a familiar face returns... Sarah Newlin (played by Anna Camp)

Sarah might try to reconnect with Jason Stackhouse, who Sarah had an affair with in Season 2. This ruined her marriage to Steve Newlin and complicated Sookie Stackhouse’s life considerably — only now, with Jessica being Jason’s current romantic prospect, the plot thickens.

Oh, and Sarah’s ex-husband Steve is a “gay vampire American” now, so there’s that. And he has a thing for Jason. No doubt in our minds: her return will be complicated.

The last time we saw Sarah in Season 3, she was a member of the anti-vampire Fellowship of the Sun church, and her marriage to Steve had just ended. My, how things have changed since then! Are you excited to see the drama that Sarah causes?


Camp, who’s currently juggling roles on Fox’s Mindy Project and CBS’ Vegas, floated the possibility of a Sarah comeback earlier this year, telling TVLine that her character has “a lot of unfinished business.”

No doubt at the top of her to-do list is confronting ex-husband and former Fellowship of the Sun co-head Steve (Michael McMillian), who is now an out-and-proud gay man and a vampire.

Don’t be surprised if she also finds time to reconnect with ex-flame Jason, which would put her at odds with his current love, Jessica. (Anna Camp going head-to-head with Deborah Ann Woll? Count. Us. In.)


I can't wait! I love to hate Anna Camp in all her roles. She was awesome in Pitch Perfect. Also she's hot and Deborah Ann Woll is my girl crush so I would love to see some chick fights heh heh.

The movie is set to pick up where The Avengers left off. The official logline is “Steve Rogers (Chris Evans) struggles to embrace his role in the modern world and teams up with Natasha Romanoff (Scarlett Johannson), aka Black Widow, to battle a powerful yet shadowy enemy in present-day Washington, D.C.

I am so behind on my PVR.... Currently on my must watch list:

Revenge, Celebrity Apprentice, Carrie Diaries, Vampire Diaries, The Following, Revolution, Dallas, The Voice, Vikings, Cult, Motive. I am caught up on Game of Thrones, and there have been reruns on many shows so as long as I dedicate some time this week I should be good to go again before my vacation... ha ha then it's back to being behind...

"The Vampire Diaries": As high school graduation approaches, everyone's future is uncertain... but we're particularly curious about our one remaining human. "We are going to let ourselves really enjoy Matt in the last couple episodes," says EP Julie Plec. "He looks around at all the people in his life that are about to graduate, maybe move on to college, or go off and live some supernatural destiny elsewhere, and then here he is figuring out his next step. He's thinking, 'Do I have any options? What are they? And what do I want to do now that I'm free to get away from all of this if I want to?'"

"Hannibal": Will Graham has a knack for getting inside the mind of a killer, but he never actually killed someone before the confrontation we saw in the series premiere. So it's no real surprise his boss orders him to get a psych evaluation in this week's episode. But who does the evaluating? Dr. Hannibal Lecter, of course.

"The Carrie Diaries": If you were bummed about Carrie and Sebastian's break up last week, never fear! In true high school fashion, they get back together in tonight's season finale -- just in time to make some prom plans! But don't get too swoony, guys. These two hit a major bump in the road before prom night fun... and Sebastian's reaction may change their relationship forever.

"The Following": In next week's episode, Roderick is feeling the pressure as his police department is called upon to aid in the Joe Carroll case, and he's got to play the role of sheriff and dutiful Follower at the same time. He does the one thing that could put him on Joe's bad side for good ... he puts Joey in dire danger. Meanwhile, look for Ryan to do his best to recruit a follower of his own.

Summit Entertainment, a LIONSGATE® (NYSE: LGF) company, announced today that principal photography has commenced in Chicago on the highly anticipated feature film adaptation of DIVERGENT, starring Golden Globe nominated Shailene Woodley, Theo James, and Academy Award® winner Kate Winslet. The studio also announced that Ray Stevenson and Mekhi Phifer will join a stellar young cast including Maggie Q, Jai Courtney, Miles Teller, Zoë Kravitz, Ansel Elgort, Ben Lloyd-Hughes, Ben Lamb, Christian Madsen, and Amy Newbold. The futuristic action adventure, based on author Veronica Roth’s New York Times best seller, will be directed by Neil Burger from a script by Vanessa Taylor. The original draft of the script was written by Evan Daugherty. Douglas Wick and Lucy Fisher are producing the project via their RedWagon Entertainment banner along with Pouya Shahbazian. Red Wagon’s Rachel Shane is executive producing, alongside John J. Kelly. Summit will release the film theatrically in North America in THE HUNGER GAMES slot on Friday, March 21, 2014. The extremely popular young adult novel Divergent was written by first time author Veronica Roth and has topped the New York Times Best Sellers list ever since being published in May of 2011 by Katherine Tegen Books/HarperCollins Publishers. The book was written by Roth while she was earning her undergraduate degree at Northwestern University. She followed her first novel with the book Insurgent, which has also made its way to the #1 position on specific New York Times Best Sellers lists. To date, book sales are now over 3 million copies for both novels combined, and both titles are HarperCollins most successful e-books ever in regards to sales. The studio acquired the film rights to the novel in early 2011 several months before the book was published.