This video makes me laugh only because there is a huge backstory to it - none the less I am impressed with how Kellan handled the situation.
Posted by Mandy's Mind at 10:48 AM No comments:

Set Decorations at the Cottage

Today the set dressers were hard at work adding flowers and fine details to the cottage set for Breaking Dawn. Friends who had the day off work were out and about checking out various sets and took some photos of happenings.
Here are some photos sent to me of the set. 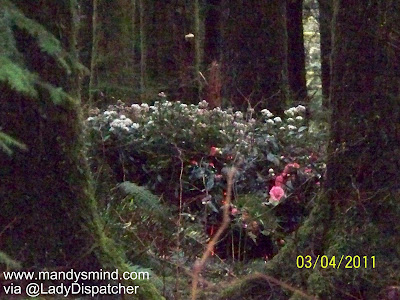 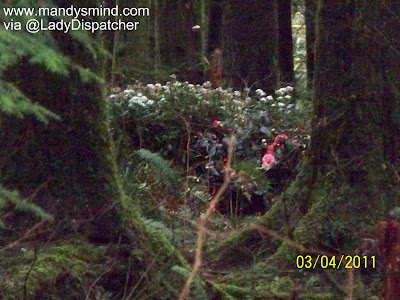 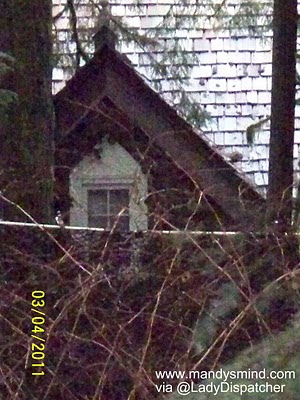 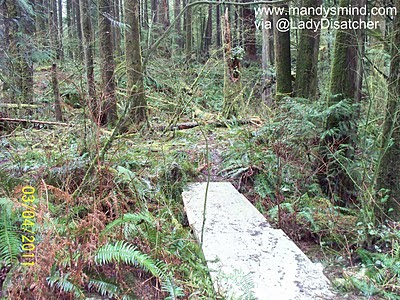 I love the flowers. I am all about the details and set decorating and dressing is so interesting to me. I love seeing the props and "little extra's" that go into making a set so detailed and accurate.

What do you think about these photos? Excited yet? 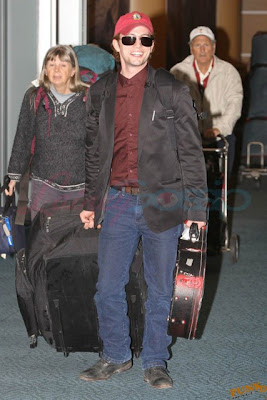 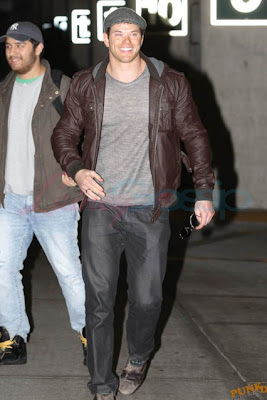 Everything Water for Elephants

As with other projects Robert Pattinson has done, I am creating a one-stop-shop with links to everything Water for Elephants. It will be updated as often as I remember. Check my side bar for more "everything" pages.


Filming
**Photos from my friend who was on set**

Rob in Vanity Fair - Preview and Behind the Scenes

Here are some Behind the Scenes Photos from the photoshoot...

Not a fan of the hat personally.. you?

Today I worked, then came home and fell asleep, and now I blog... This is just a round up of what I have been texted, tweeted, emailed, or told about happenings with Twilight Breaking Dawn in Vancouver.

- They filmed at Jacob Black's House today
- They tried desparately to melt the snow
- Wolf Pack members were on set (Exact Cast is unknown but fans told me they saw Alex, Bronson, Kiowa, Gil and a female likely Tinsel or Julia?)
- They packed up afterwards
- They are not scheduled to retun there tomorrow

That is all I know - sorry I didn't get any pix but if any of the fans who went have any to share I shall post them for you all.

- The wolf pack (Alex, Kiowa, Chaske) went out for dinner and watched the Oscar's

Here are some more photos from the first two days of filming Breaking Dawn in Vancouver.

They filmed in Pemberton for what I believe are Denali / Alaska Scenes.

It is real snow - which is great! And it looks like there is another vamp in the scene maybe Christian Camargo? (Eleazar Denali) Gil and Ashley arrive in Vancouver

I got a BBM last night that Gil arrived at YVR.

I was in bed by 8pm but enjoyed seeing the tweets and messages come in on the airport happenings. Glad to have fans and papz at the airport to get us fans photos of who is coming and going - helps predict what will be filmed soon :)

The Season 12 Cast has been announced:

Here are some details of the new season:

ABC will not air a results show the first week, and no one will be eliminated. The “Dancing with the Stars the Results Show” will premiere it's season 12 results show on the following Tuesday, March 29 (9:00-10:01 p.m., ET), on ABC.

Chris Jericho
Jericho, born Christopher Irvine, is very well known to the world of professional wrestling fans. The 40-year-old was the first undisputed champion of the WWE in December 2001 (he beat Stone Cold Steve Austin and the Rock) but put his career on hold recently to focus more on his other passion project, performing as lead singer of heavy-metal band Fozzy.

Romeo
Although originally signed up to strut his stuff on season two, Romeo was replaced at the last minute by his equally famous poppa, Master P (whose turn on "DWTS" has been touted by many critics and followers as one of the worst in the show's history; his Paso Doble holds the record for the lowest score ever). With the bar set slightly lower than average, the 21-year-old rapper, who once played college basketball for USC, likely hopes to make it farther than his father.

Kendra Wilkinson
The decidedly un-shy, already established reality-TV star Wilkinson is no stranger to performing or baring all in front of audiences. Wilkinson, who got her start as a Playboy model, ventured into television as a part of E!'s "The Girls Next Door" before slightly tempering her party-girl ways to settle down with NFL player Hank Baskett, their domestic bliss being the subject of her current show, "Kendra: Bunny Next Door."

Kirstie Alley
Before she was the subject of her own reality show, "Kirstie Alley's Big Life," first on A&E and now Lifetime, and a Jenny Craig spokeswoman, Alley was known to several generations of TV watchers and filmgoers for her memorable turns on TV shows "Cheers" and "Veronica's Closet" and movies like "Look Who's Talking." The outspoken celeb is a longtime "DWTS" fan, whose entertaining and varied tweets have been featured frequently in our Twitterwood column on MTV Movies Blog.

Wendy Williams
The self-proclaimed "Queen of All Media" made a name for herself as a radio DJ then became a best-selling author and currently hosts her own syndicated daytime talk show called "The Wendy Williams Show." Williams has a knack for asking uncomfortable questions during celebrity interviews and will certainly be a force to be reckoned with on the dance floor. Her talk show is reportedly scheduled to go on hiatus while she competes on the show.

Chelsea Kane
As has been the custom over the course of the past few seasons, the "DWTS" team has welcomed another Disney star into their midst, Chelsea Kane (formerly known as Chelsea Staub, Kane legally changed her professional name back in December). The 22-year-old was a regular on Disney's "JONAS," starring the Jonas Brothers, and currently lends her voice to the character Bea on the animated series "Fish Hooks."

Sugar Ray Leonard
Leonard, a former professional boxer, follows in the footsteps of a slew of former professional athletes who have danced before him. While athletes have been formidable competitors in "DWTS" seasons past, the boxers haven't fared quite as well. The 54-year-old's illustrious career includes winning world titles in five weight divisions, including the welterweight champion of the world, as well as being the first boxer to earn more than $100 million in total purse winnings. Here's hoping Leonard's footwork is more like that of Laila Ali than Evander Holyfield and Floyd Mayweather.

Ralph Macchio
Although he's had a few memorable parts on TV shows like "Entourage" and "Ugly Betty," for a lot of people, Macchio will always and forever be the original "Karate Kid." Sure, Jaden Smith karate-chopped his way to box-office success with his turn in 2010's remake, but Macchio kicked his way into the hearts of teenage girls everywhere with 1984's "The Karate Kid" and subsequent sequels.

Hines Ward
They're certainly not skimping on the athletes this season! Ward joins the cast as one of three professional athletes competing for the famed discoball trophy. The onetime Super Bowl MVP currently plays wide receiver for the Pittsburgh Steelers and was born in Seoul, South Korea. In September of last year, President Barack Obama appointed him a member of the President's Advisory Commission on Asian Americans and Pacific Islanders.

Petra Nemcova
This Czechoslovakian beauty is a supermodel with a big heart. The 31-year-old was one of hundreds of thousands of people caught in the devastating South Asian tsunami in 2004, which killed 250,000 people in 14 countries, including Nemcova's boyfriend at the time, Simon Atlee. When Nemcova visited the site of the tsunami several months later, she was unsatisfied with the structure of how charitable donations benefit those living in states of emergency, so she created the Happy Hearts Fund to help children in post-disaster areas in eight countries: Haiti, India, Indonesia, Mexico, Peru, Sri Lanka, Thailand and Hurricane Katrina-affected areas of the United States.

Mike Catherwood
While most TV watchers are familiar with Dr. Drew from his various VH1 shows, his "Loveline" radio partner, Mike Catherwood, might not be as well-known. Catherwood, also known as Psycho Mike, has co-hosted the syndicated radio show for a year now, following Adam Carolla's exit back in 2005. The muscly radio host -- who also works on Los Angeles' "Kevin & Bean Show" -- recently made a memorable appearance filling in for Regis Philbin on "Live With Regis & Kelly." We'll see if his smooth-talking skills and time in the gym translate to a successful "DWTS" run.

I am looking forward to a few of these dancers....
Posted by Mandy's Mind at 7:46 PM No comments:

Old pics - Some say Remember Me 2010 in NYC, others say older in UK - either way they are cute and feed fuel to my joke/conspiracy theory that TomStu + RPattz = TLF ha ha KStew's the beard ;) jk - kinda To be honest I had no idea she had left.. then again, I have not been as in tune with the Twilight happenings locally as I have in the past, or as much as some other fans. Luckily I have been successful with set findings prior to filming - and even luckier there are paprazzi and other fans who know the casts every move and can keep fans in the loop.

Here are photos of Kristen Stewart arriving back in Vancouver Sunday.

And what is up with her left thumb? ouchies?!