When we announced last month that Nerd HQ would be moving to Petco Park in 2013, one of the biggest questions we were asked was, how will Petco Park host both Nerd HQ and The Walking Dead Escape at the same time?
It’s actually not a stretch. Petco Park can host several simultaneous events with its over 20 event spaces, in addition to the playing field and concourse. Each space has its own separate entrances, so you won’t have to worry about Walkers wandering into the middle of a Nerd HQ event. Unless that’s what Zac wants, which honestly we wouldn’t put it past him.
We contacted the Petco Park Events department on the logistics involved with this, and they reminded us that they did juggle multiple events last year – The Walking Dead Escape, and VH1′s Dawn Of The Con, for example. With so many venues at their disposal, they’re used to scheduling multiple events and the requirements to make each successful. For loud events, for example, they’ll schedule the timing accordingly so they won’t interfere with each other. Bjork concert.... really? And an after party of sorts? 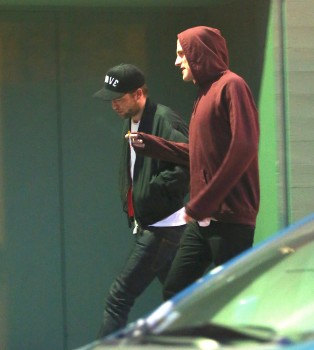 Suzanne Collins, author of the best-selling The Hunger Games trilogy, plans to write another teen series but isn’t ready to reveal more. First, she says, she’s consulting on the scripts for the third and fourth film adaptations of her dystopian series that has more than 50 million copies in print. [...] At a discussion Thursday night on writing about war for young readers, sponsored by her publisher, Scholastic, Collins said if kids “have no idea what propaganda is, how will you ever know when it’s being used against you?”