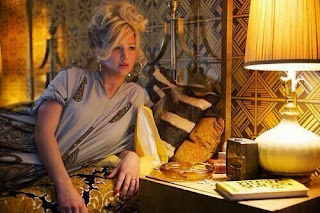 I went to see American Hustle with my friend and I have to say, it was not what I expected. It had a very retro-indie feel to it, there were a lot of moments that seemed to fall a bit flat, but, the acting was second to none!

Christian Bale with a horrible comb-over, Jeremy Renner, Amy Adams and her almost breasts (not joking, she puts new meaning to the word "v-neck line"), Bradley Cooper with curls and a hilarious character, but honestly, the star of the entire film was Jennifer Lawrence. I don't just say that as one of her biggest fans, I say that in a legit way! Her character was hilarious and she pulled it off perfectly!

If you haven't seen the film, I suggest you do... it's not a must-see in theatre film, but it is a must-see soon film! Jennifer is amazing! 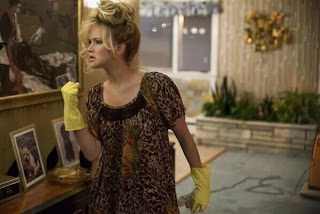