More Behind the Scenes Videos from Eclipse dvd

"It's not life or death" deleted scene

Thanksgiving and fans are thankful for feathers 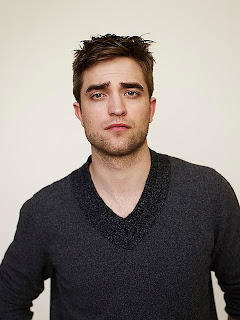 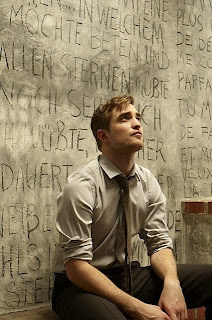 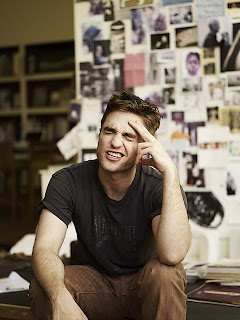 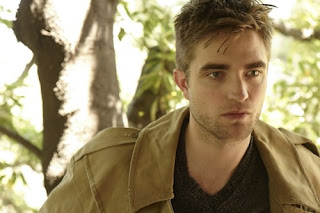 More were posted here the other day

Gawd, this boy just has the ability to pull out all kindsa sexy!!!

Thanksgiving is a time to be thankful for many things..... and besides, family, friends, health and all that good stuff...

We should be thankful for Rob - Rawr!

I am out of town until Monday so check back then for lot's of updates!

@TomFelton [who plays Draco Malfoy in Harry Potter - duh!] tweets this - made me laugh!

Dakota on Sugar = very festive! I love it!

Harry Potter & The Deathly Hallows... I wanna see it again!


I read an amazing review Here. Cinesnark breaks it down and I agree with a lot of what she writes... check it out!

Also CBC did a review.

Also if you missed my review...Read It.
Posted by Mandy's Mind at 6:08 PM No comments:

NKOTBSB Coming to see me SQUEEEE This makes me giggle.... I remember him on Leno with no rhythm as Travie McCoy performed... though I know he is musical it's still funny to see him "dance" ha ha

Email ThisBlogThis!Share to TwitterShare to FacebookShare to Pinterest
Labels: .gif, behind the scenes, eclipse, funny, robert pattinson, so you think you can dance, twilight saga

OMFG Why Can't *I* be the one between these two hotties... I love Ed Westwick omg! 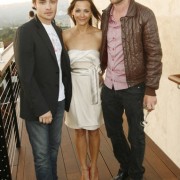 Krisbian's are wetting themselves... here is a fan photo - pretty cute (and close) crew.... I wonder if they know her or were just lucky fans? 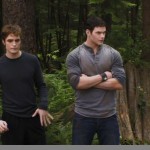 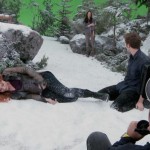 More screen caps at TwiFans.
Posted by Mandy's Mind at 8:31 PM No comments:

Bronson Pelletier talks about the "fight"

Bronson Pelletier was reportedly attacked at the “Eternal Twilight 4″ fan convention in England.
Five allegedly drunk men, who were at a wedding in the same Birmingham Hilton hotel where the event was held, confronted Pelletier in a men’s room and tried to jump the actor, who’s currently filming Breaking Dawn.
Pelletier tells RadarOnline, “These five drunken hooligans followed me into a restroom… They did it because they wanted to jump somebody who was in Twilight.”
“Two of the guys tried to choke me,” Bronson tells RadarOnline, adding he “pushed back and threw them off me.”
Fortunately, the actor did not sustain any serious injuries.

Mandys Mind - Having met Bronson on numerous occasions and spending quite a bit of time with him while in Portland this October, I can guess that these guys were cocky and mouthy to Bronson who was likely talking smack back in his own defense which led to the incident. Not saying it is his fault, but he is not the kind of guy to take shit from anyone LoL

I am glad no one was seriously hurt, but I think Bronson should have had a Convention Staff with him or near by - I am not saying escorting him to go pee, but obviously if a few drunk guys follow a movie star into the restroom, security should investigate or check-in no?

This was not one of Creation's Official Twilight Conventions. Those ones always have adequate security or staff near the talent in my experiences with them.

Who will play Fletcher Christian in "Isabella"? 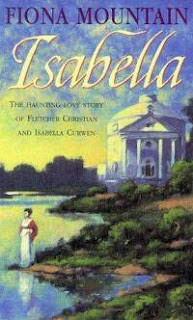 British icon Fletcher Christian is set to return to the big screen in "Isabella," a feature film adaptation of the novel by Fiona Mountain. The novel was short listed for the Parker Romantic Novel of the Year.


The project, which is not yet set up at a studio, is set in the English Lake District and details Mr. Christian’s passionate love affair with his cousin, Isabella Curwen – an affair which many believe set the stage for the Bounty mutiny. The story also explores the rumors of Fletcher’s return to England after the mutiny.


As a sweeping historical romance, producer Darren Reagan believes "Isabella" is a unique and highly commercial project. “'Isabella' is a timeless tragedy like ‘Romeo and Juliet’ combined with the mystery and mythology of the ‘Bounty’ story,” says Reagan.


According to screenwriter Michaela Lewis, “Fletcher Christian remains one of cinema’s iconic antiheros, but previous films barely scratched the surface of Fletcher’s ambitious and flawed family - we’ve never seen the passionate love story that lead to the mutiny.”


Reagan adds, “It’s ironic that no British actor has ever portrayed the legendary mutineer. We think the time has come for someone like Robert Pattinson, Daniel Radcliffe or Jamie Bell to follow in the footsteps of Errol Flynn, Clark Gable and Marlon Brando and portray Fletcher Christian.”

Find an Eclipse DVD Release Party near you Here.

None for Canada listed.
Posted by Mandy's Mind at 8:51 AM No comments: