For our "Dauntless Week" we're unveiling tattoo designs commissioned by artist Tattoo Tony based off the fan submissions we asked for a couple weeks ago.  The first is below and we'll unveil one more today and three more tomorrow 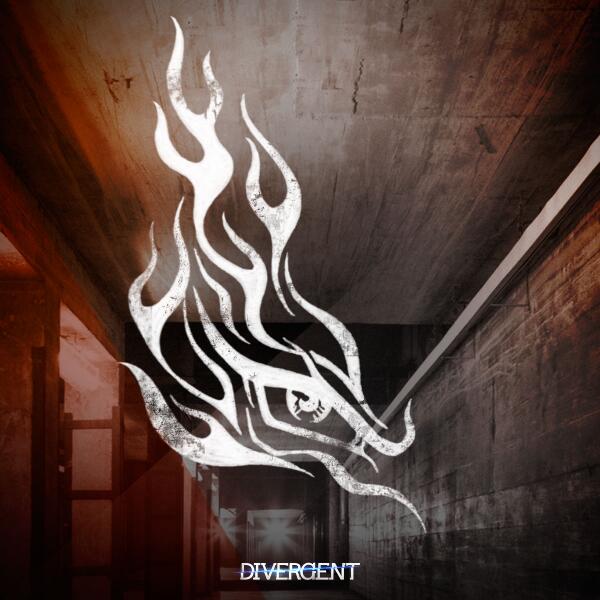 Source
Posted by Mandy's Mind at 12:49 AM No comments:

SEATTLE, WA – March 19, 2014—IMDb, the #1 movie website in the world, has announced that Shailene Woodley and Theo James, stars of the action-adventure DIVERGENT are guest editing IMDb’s homepage beginning today (March 19). DIVERGENT will be released nationwide by Summit Entertainment, a LIONSGATE (NYSE: LGF) company, in theaters & IMAX starting this tomorrow night at 8:00 PM.
Over the next 48 hours, the IMDb homepage (www.imdb.com) will be personally curated by Shailene Woodley and Theo James, who have compiled four Top 10 movie-themed lists with personal commentary, an original video message, photo galleries and a clip from DIVERGENT. Additionally, the guest editor campaign includes a 10-minute video interview with co-stars Miles Teller and Jai Courtney that was filmed in front of a live studio audience at IMDb’s headquarters in Seattle and an in-depth video interview in which Shailene Woodley and Theo James discuss DIVERGENT.

For more information, to access original content created by Shailene Woodley and Theo James and to get local movie showtimes and buy tickets to DIVERGENT go to www.imdb.com
About Divergent
DIVERGENT is a thrilling action-adventure film set in a world where people are divided into distinct factions based on human virtues.  Tris Prior (Shailene Woodley) is warned she is Divergent and will never fit into any one group.  When she discovers a conspiracy by a faction leader (Kate Winslet) to destroy all Divergents, Tris must learn to trust in the mysterious Four (Theo James) and together they must find out what makes being Divergent so dangerous before it's too late. Based on the 2011 bestselling novel by author Veronica Roth, a publishing phenomenon.  DIVERGENT is the first of a three-book series.

About IMDb
IMDb is the world’s most popular and authoritative source for movie, TV and celebrity content. The IMDb consumer site (www.imdb.com) is the #1 movie website in the world with a combined web and mobile audience of more than 160 million unique monthly visitors. IMDb offers a searchable database of more than 150 million data items including more than 2 million movies, TV and entertainment programs and more than 4 million cast and crew members. Consumers rely on the information IMDb provides -- including showtimes, ticketing, trailers, critic and user reviews, personalized recommendations, photo galleries, entertainment news, quotes, trivia, box-office data, editorial feature sections and a universal Watchlist -- when making viewing decisions. IMDb’s portfolio of leading entertainment apps (http://www.imdb.com/apps/) includes its popular “Movies & TV” app for iPhone, iPad, Kindle Fire, Android phones, Android tablets, Windows Phone and its mobile-optimized website. To date, there have been more than 75 million downloads of IMDb’s mobile apps worldwide. IMDb's X-Ray for Movies & TV (www.imdb.com/x-ray) is a feature that revolutionizes the viewing experience by bringing the power of IMDb directly to Kindle Fire HD and Wii U devices. IMDb Pro (http://www.imdbpro.com) is a subscription version of IMDb designed exclusively for professionals who work in the entertainment industry. IMDb Pro provides contact information, in production listings for film and television projects and exclusive STARmeter rankings that are determined by user searches on IMDb. Additionally, IMDb owns and operates Withoutabox (http://www.withoutabox.com), a marketplace for film festivals and filmmakers, and Box Office Mojo (http://www.boxofficemojo.com), the leading online box-office reporting service. IMDb.com is operated by IMDb.com, Inc., a wholly owned subsidiary of Amazon.com, Inc. (NASDAQ:AMZN) (http://www.amazon.com). To learn more, go to: http://www.imdb.com/press.
Posted by Mandy's Mind at 12:51 AM No comments: