Marvel Studios and Disney are at it again by staking their claim to several dates running all the way to 2019.
Below are the dates of all the movies Marvel currently have dated.
Following the current cycle Avengers 3 would likely be a July 6, 2018 release, with Doctor Strange seemingly a lock we can chalking off July 8, 2016 as a pretty safe bet. With those dates now eliminated that leaves five open remaining.
How many they will reveal at Comic-Con is unknown, but you better believe I will be waiting anxiously to hear....
Read More Here
Posted by Mandy's Mind at 1:29 PM No comments: The Digital HD version of DIVERGENT is available TODAY, July 22 and the Blu-ray/DVD will be available on August 5.


The iPad app is free to Divergent fans in the iTunes store and for Xfinity costumers who purchase the the Digital HD film via Xfinity On Demand, they will receive additional bonus content not available anywhere else. The app is now available in the store and as of tomorrow will include the additional content for Xfinity costumers. All told it's a pretty amazing amount of material that isn't offered anywhere else and will allow fans to interact with the film in a unique and unprecedented way. 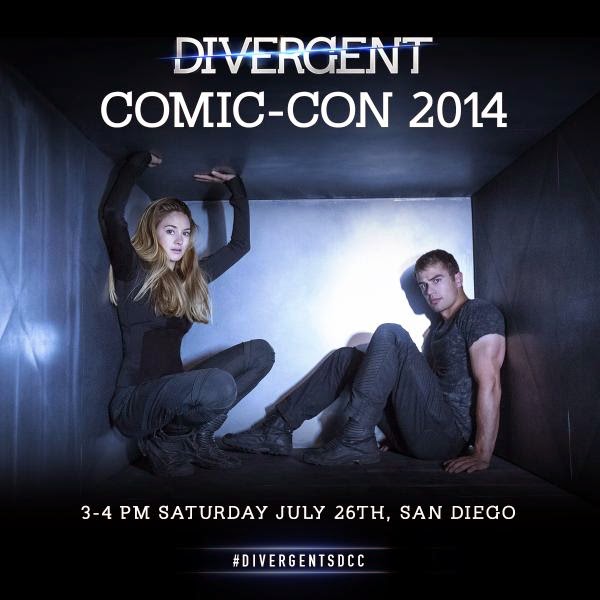 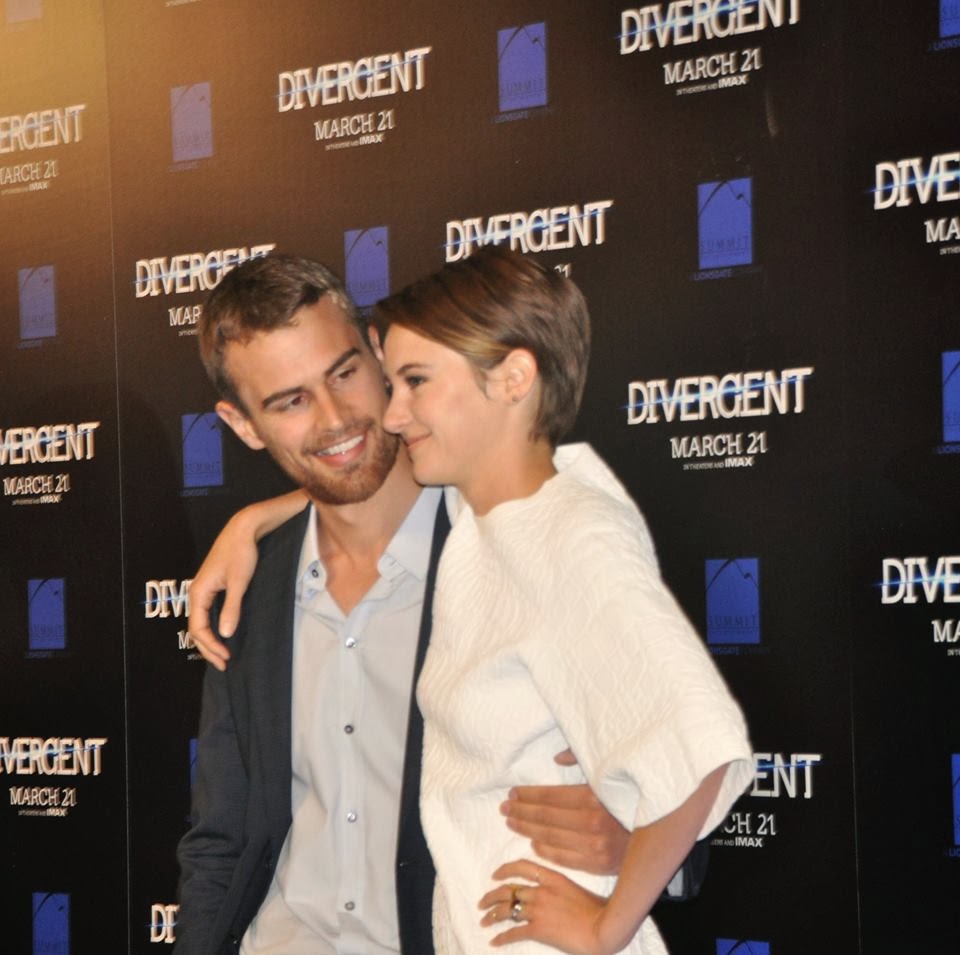 Finally, some Divergent news for SDCC.


DIVERGENT will be available on Digital HD next Tuesday and on Blu-ray/DVD on August 5.

Who is excited? I will be at Comic-Con and the Divergent specific fansite I write for, trisandfour.com will also be there getting all the goods for Divergent fans!

Though a formal Hall H panel isn’t in the cards, Lionsgate and Samsung have announced that the Mockingjay, Part 1 trailer will debut just outside the Convention Center.
On Friday, July 25, fans can go to the Samsung Experience at the Hard Rock Hotel where they’ll find an area called the Capitol Gallery. Cast members from Mockingjay will be on hand to share the “first official” The Hunger Games: Mockingjay, Part 1 trailer.
Mockingjay cast members Natalie Dormer (Cressida), Elden Henson (Pollux), Mahershala Ali (Boggs), Evan Ross (Messalla), and Wes Chatham (Castor) – all newcomers to the series – will sign autographs for fans at the Lionsgate booth (#4045) from 3:00 p.m. – 4:00 p.m.ans at the Lionsgate booth (#4045) from 3:00 p.m. – 4:00 p.m.

Read more at Hypable.
Posted by Mandy's Mind at 8:28 AM No comments:

Face front, true believer! Next week, Marvel makes its return to the biggest comic event of the year – Comic-Con International: San Diego 2014 – and we’re bringing the hottest creators, the biggest announcements, and more than a few surprises! Today, Marvel is proud to unveil our star-studded line-up of panels for the convention, bringing fans the answers they’re craving about Avengers NOW!, Original Sin, Avengers & X-Men: AXIS, Death of Wolverine and much, much more! And of course don’t forget to stop by the Marvel Booth (Booth #2329) for your chance get in on the fun all weekend with live events, creator signings and giveaways (while supplies last)!

If you’ve never experienced a Marvel panel live, you don’t know what you’re missing! Stop by for a Q&A with your favorite creators, major announcements and more! But bring a camera, you never know who’s going to show up!

Please note, all guests, times and rooms are subject to change.

Have a passion for the inner workings of the comics industry? Curious about breaking into the field as a writer or artist? Sit down with a group of Marvel professionals from every corner of the business, and get insider tips, advice, and first-hand accounts of what it takes to start a career in comics today! Panelists include Editor in Chief Axel Alonso, Talent Scout C.B. Cebulski and a slew of Marvel talent!

Love having the best comics in the industry on your mobile devices? Want to know how Marvel stays on the cutting edge of technology while bringing you what you love? Want to learn more about Infinite Comics? Well, this panel is for you, True Believer! Get exciting news from Ryan Penagos (Executive Editorial Director of Digital) and other guests on what’s happening with the Marvel Comics App, Marvel AR, Marvel.com, Marvel’s vast social media presence and more in this can’t-miss panel!

Are you ready for Marvel’s biggest event of the year? In Avengers & X-Men: AXIS, the Red Skull has enslaved thousands, amassed an army and now broadcasts his message of hate across the world. Earth’s last hope hinges on the fragile alliance of two estranged teams – the Avengers and the X-Men! A who’s who of Marvel talent and editors will be on hand to discuss this Marvel blockbuster! PLUS, find out the latest on current and future X-titles! Join Editor-in-Chief Axel Alonso, Executive Editor Mike Marts, Senior Editor Nick Lowe, Avengers & X-Men: AXIS writer Rick Remender and other Mighty Marvel guests for a rousing discussion and Q&A session!

It’s the most epic Spider-Man event of all time as every Spider-Man EVER come together to face a world-ending threat! Senior Editor Nick Lowe, Dan Slott (Amazing Spider-Man) and Mark Waid (Daredevil) will be taking any and all questions from YOU the fans! This is one panel no Spidey fan can miss!

This is the Avengers like you’ve never seen then before! Marvel is bringing its biggest creators and its best characters together for Avengers NOW! Join Editor-in-Chief Axel Alonso, Rick Remender (Avengers & X-Men: AXIS), Jason Aaron (Original Sin) and other guests as they dish on the evolution of Marvel’s most iconic characters!

Jeph Loeb (Marvel’s Head of Television) returns with exciting news and fun surprises for fans! Join Jeph and the casts of Marvel’s Agents of S.H.I.E.L.D. and Marvel’s Agent Carter in this can’t-miss panel that will take you behind the scenes and into the future of Marvel’s live action television series.

Jeph Loeb (Marvel’s Head of Television; Hydra Agent) returns for what’s become one of the most popular television panels at San Diego! Join Jeph, Stephen Wacker (VP – Animation & Writing Panel Blurbs ), Cort Lane (Huge Nerd, VP) and Eric Radomski (Giant Dork, SVP) for the latest news on the House of Ideas’ hit animated shows: Marvel’s Avengers Assemble and Marvel’s Hulk & The Agents of S.M.A.S.H. PLUS: See the eye-popping WORLD PREMIERE of Marvel’s Ultimate Spider-Man: Web Warriors’ history-making epic: “Spider-Verse”! DOUBLE PLUS: A special EXCLUSIVE never before seen surprise for MARVEL fans that you will all be talking about for the rest of the convention!

Join the Marvel Games team and some of the most talented developers in the industry as they cover nearly 15(!) awesome Marvel gaming experiences spanning all platforms – many of which feature the GUARDIANS OF THE GALAXY! Whether it’s EXCLUSIVE ANNOUNCEMENTS regarding one of the year’s biggest console titles (Disney Infinity 2.0: Marvel Super Heroes), UPDATES to current favorites (Marvel Avengers Alliance, Marvel Avengers Alliance Tactics, Marvel Heroes, Marvel Puzzle Quest, Marvel: War of Heroes, X-Men: Battle of the Atom, Marvel Pinball and more), or entirely NEW GAME ANNOUNCEMENTS, there’s something here for every True Believer of the digital age. Also, a surprise special guest appearance — and the COOLEST GIVEAWAY we’ve ever handed out!

Join us for this Convention favorite! Here is your chance to Q&A with Marvel’s Chief Creative Officer Joe Quesada, for this no-holds-barred exposé on everything Marvel. Got a question about a favorite hero? Want to hear groundbreaking news straight from the source? Need a rundown on breaking developments in Marvel comics, film, and T.V? This panel is for you! Featuring Editor-in-Chief Axel Alonso, Talent Scout C.B. Cebulski, Senior Editor Nick Lowe, Editor Jordan D. White, writers Brian Michael Bendis (Guardians of the Galaxy) and Dan Slott (Amazing Spider-Man) and other Mighty Marvel guests!

Marvel Studios president and producer Kevin Feige and special guests provide an inside look at the ever-expanding Marvel Cinematic Universe.

Marvel Unlimited Plus Members Only Panel

Gather ‘round friends and family to pay respect for our honored dead – the legendary X-Man Wolverine! The Death of Wolverine is here and it will rock you to the core! Plus, what happens in the wake of this summer’s murder mystery mega-event Original Sin? Join Executive Editor Mike Marts, Senior Editor Nick Lowe, and writers Gerry Duggan (Deadpool), Charles Soule (Death of Wolverine), and Mark Waid (Daredevil) for a panel discussion on the next big storylines of the Marvel Universe!

Can’t make it to the convention? Follow along on the Marvel.com and @Marvel on Twitter, the best way to get exclusive photos and videos, real-time announcements from the convention floor and up-to-the-minute panel, in-booth, and signing schedules of all your favorite Marvel creators
Posted by Mandy's Mind at 4:02 AM No comments:

Check out the live chat with Zachary Levi and David Coleman here.

We have all been anxiously waiting Nerd HQ news and finally, some details are coming forward... Here is the full press release:

Only 250 copies of each set will be made available at Comic-Con. A limited number of Blu-rays and lithographs will also be sold during SDCC exclusively at FoxConnect.com. All sets will retail at the Fox booth and at Fox Connect for $19.99.

Personally, I'd love to get my hands on a few of these... 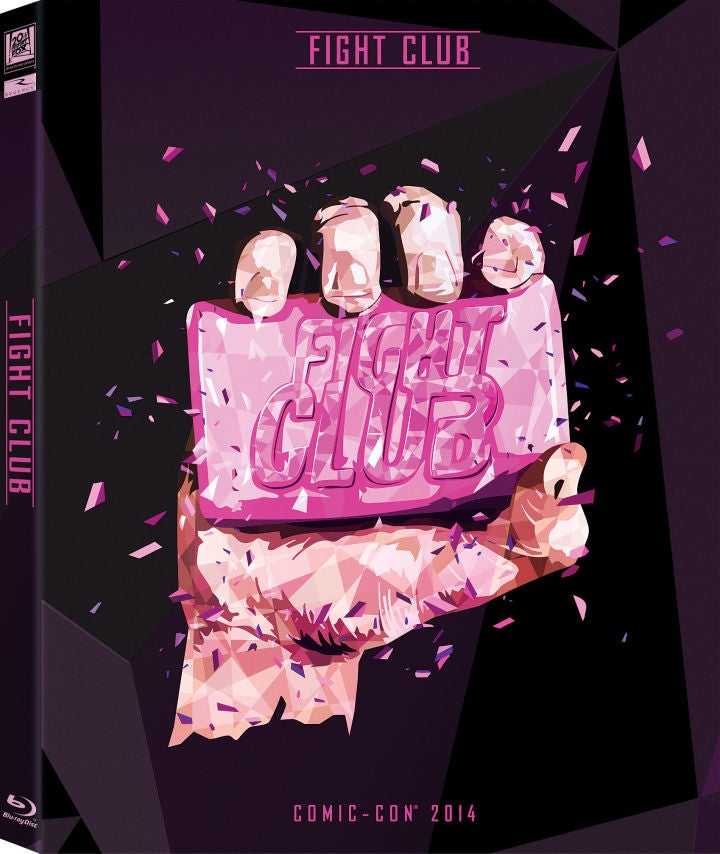 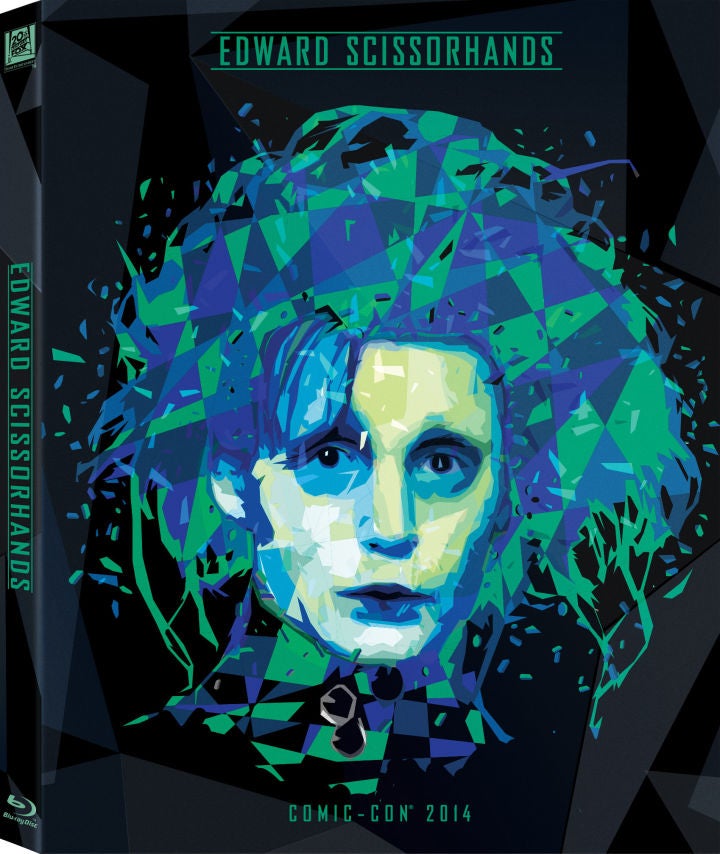 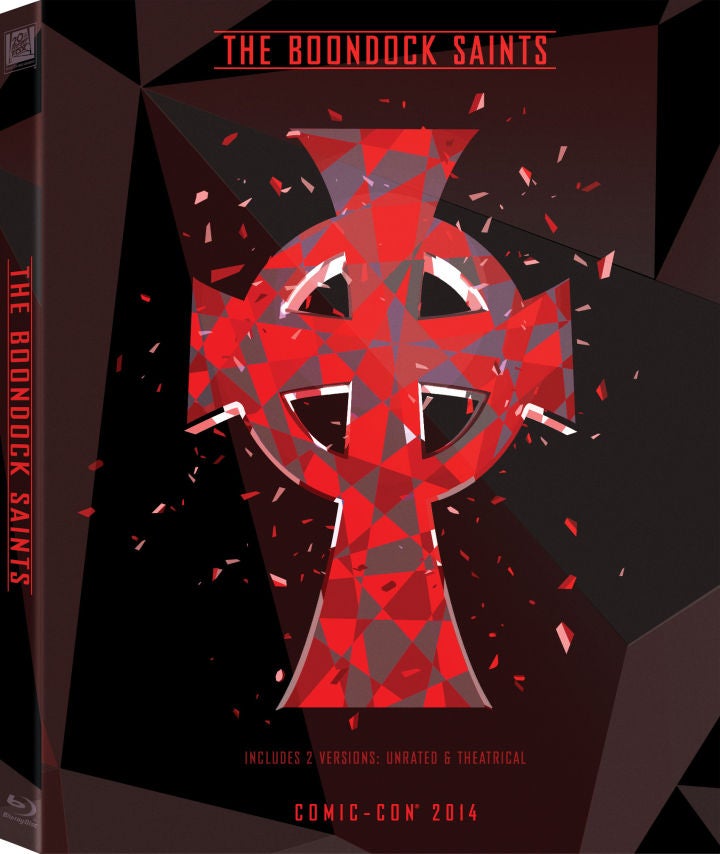 Which would you want to get?

Here’s a look at all the bags, no capes this year, but they are reversible with the flip side being SDCC logo: I am pretty upset there is no Big Bang Theory - that is the one I get every year....